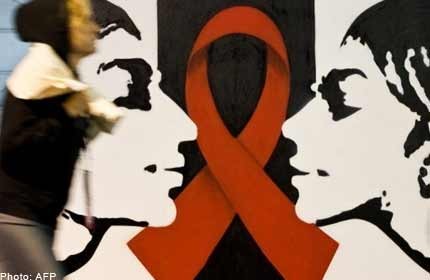 Drug resistance to HIV medicines has been creeping higher in parts of Africa and Asia but is not steep enough to cause alarm, said a survey released by the World Health Organization on Wednesday.

In low- and middle-income countries, drug resistance stood at 6.8 per cent in 2010, the WHO said in its first-ever report on the matter released ahead of the International AIDS Conference in the US capital July 22-27.

"That is a level that we sort of expected. It is not dramatic but we clearly need to look very carefully on how this would evolve further," WHO AIDS chief Gottfried Hirnschall said in an interview.

Drug resistance can occur when the virus mutates naturally, when treatment is interrupted or patients take the medications incorrectly.

The 6.8 per cent figure relates to the level of HIV drug resistance transmitted from one person to another, meaning those people were found to be resistant to the first-line of therapy they tried.

The other main type of resistance is one that develops in a patient who takes medications irregularly.

Since many more people in the developing world are now receiving antiretroviral drugs, experts have been closely monitoring to see whether a surge in drug resistance would accompany the increased coverage.

Some eight million people in low- and middle-income countries were being treated with antiretrovirals last year, up 20 per cent from 2010 according to a separate report by UNAIDS released Wednesday.

High-income countries, many of which began widescale treatment for HIV years earlier and used single or dual therapies that can also encourage resistance, face higher rates of resistance, from eight to 14 per cent, said the study.

However, those rates have largely leveled off or decreased over time, Hirnschall noted.

"What we have also seen in these countries is it has stabilized or plateaued while we are still seeing a slight increase in low- and middle-income countries," he told AFP.

In 12 of the low- and middle-income countries included in the study, health care facilities lost contact with up to 38 per cent of people who began treatment.

When people interrupt or stop their treatment altogether, "this not only means that they are themselves more likely to become sick, it also increases the likelihood that drug resistance will emerge and the resistant virus could be transmitted to others," the report said.

The WHO called for every clinic providing such treatment to monitor for early warning indicators that could signal encroaching resistance, including poor adherence to treatment, types of medicines used and supply breaks.

Also, any rise in the amount of virus detected in the patient's blood should serve as a signal that the treatment is failing, the WHO said.

For now, there is no need to change to current guidelines for administering antiretroviral drugs due to the slight rise in resistance, it added.

"Simpler regimens using fixed-dose combinations have made it much easier for people to adhere to antiretroviral treatment, limiting the spread of drug resistance in recent years. This is good news for public health," Hirnschall said.