'HIV made me appreciate my life and family a lot more' 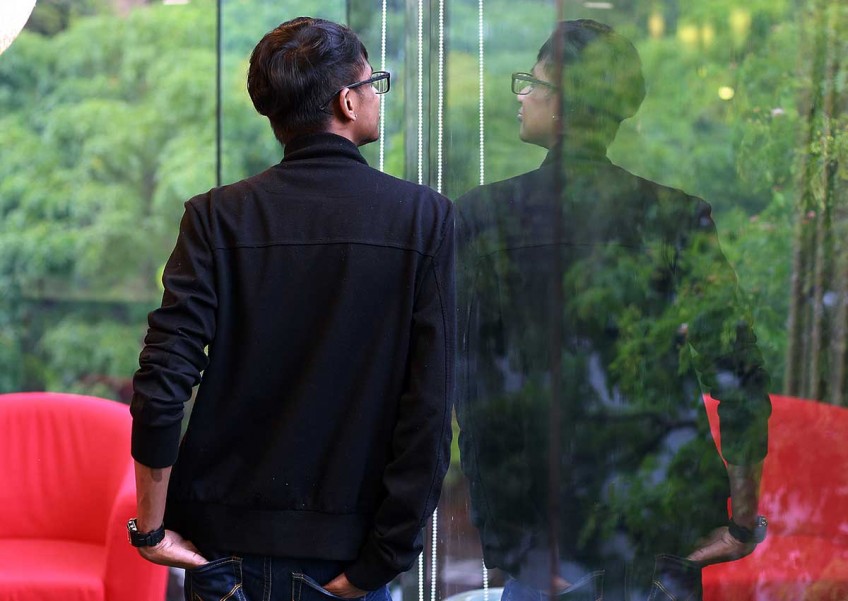 Mr Ajmal Khan, who is known as AJ to friends, takes a cocktail of five pills each day. He hopes that by putting himself forward and giving the HIV infection a human dimension, he can dispel myths and stereotypes.
The Straits Times

Mr Ajmal Khan is 26. Known as AJ to friends, he is lanky, has an easy laugh, enjoys computer games and Chinese food, and works in e-commerce. He has also been living with HIV for the last six years.

He is one of the increasing number of gay Singaporeans afflicted with the infection. Last year, 232 homosexuals were diagnosed with HIV (human immunodeficiency virus). That is a 27.5 per cent jump from 2014 and the highest since 2009, when there were 139 new cases among gay men. There are around 7,140 residents in Singapore with HIV.

AJ is now among the few Singaporeans to go public with his HIV status, alongside the likes of Mr Paddy Chew, who died in 1999 at the age of 39, and Mr Avin Tan, 30.

It was by chance that he found out he was infected. In 2010, he and his five friends were at a sauna on the same night that volunteer outfit Action for Aids had stationed a mobile HIV testing clinic outside. So they decided to get tested.

AJ, having tested negative seven months before, was not worried.

"My friends were all flashing their negative test cards. But when mine came back, it was positive," he told The Sunday Times in his first interview to any newspaper.

"We were all like, nah, it can't be. So I repeated the test. The second one came back positive as well. Everybody just stopped talking; it was very quiet. I just went numb. A couple of my friends started to cry."

A year before, he had come out as gay, after dropping out of polytechnic. "I was young and a bit naive. I had this invincibility mindset."

He admitted he was reckless, but at the same time said there was no one he could turn to for advice.

Volunteer groups such as Action for Aids and Oogachaga have called for more targeted outreach efforts towards youth.

Asked why he did not use protection, AJ said: "I had to figure it out on my own. It is a very awkward topic to bring up, especially during one-time encounters. I just didn't think that it would happen to me."

Asked if he knew who had infected him, he replied: "It could have been anyone."

It was only two years after his diagnosis that he finally told his mother about it. He blurted it out while they were watching TV.

For Madam Honey Bee - she said her name was a result of a mistake when her birth was registered - that was the worst day of her life.

" I thought he was joking. I asked: 'Really?' He said yes," said the 55-year-old administrative assistant. "He went out and I broke down."

AJ is the second of her three sons. She brought them up almost single- handedly after divorcing her husband when AJ was only three and her youngest child was an infant.

Not all her relatives are supportive. "But I'm tired of pleasing everyone; I don't want to hide any more. If my son wants to (go public), I agree with it," she said.

In 2013, AJ finally decided to start anti-retroviral therapy. He realised it meant a lifelong commitment - stopping the drugs could mean the virus coming back stronger.

According to Professor Roy Chan, president of Action for Aids, the infection is no longer a death sentence. "Anti-retroviral drugs have revolutionised the treatment and management of HIV," he said. "With optimum anti-HIV treatment, a person with HIV infection can live as long as those without HIV."

But patients must adhere strictly to the medication. Otherwise the virus could multiply and become more drug-resistant.

AJ now takes a cocktail of five pills daily. They cost $400 a month after subsidies. His current HIV viral count is undetectable, meaning the virus does not show up in blood tests.

People do react awkwardly when they learn of his HIV status, asking him if he is going to die, and if that is the reason he is so skinny. They also worry about sharing food with him even though HIV does not spread via the sharing of dishes.

AJ said his current employers are accepting, but hunting for a job was not easy. He got only one call back for every 20 applications he sent out "just because I said that I have a medical condition. I did not even say what it was".

AJ hopes that by putting himself forward and giving the infection a human dimension, he can dispel such myths and stereotypes.

His mother said she has found comfort in people who tell her that AJ's openness has given them strength and that they, too, have friends and family with HIV. She added that the diagnosis has made AJ a "much, much better boy".

AJ said: " The irony is that HIV has made me appreciate my life and family a lot more."