Michael Leung wasn't sure what to make of the offer he was given to take part in today's Muay Thai training session.

Aged 49, he has spent the past 12 months coming to terms with being diagnosed with Parkinson's disease. His body is still adapting to the doses of medicine he now needs to take daily, as well as the after-effects, while his mind is focusing on the fight ahead.

But after some urging from friends, Leung decided to see what this ancient Thai martial art was all about and, more importantly, what it might do for him. The results - judging by the sweat that stains his shirt and the smile on his face - have been all positive.

"I've enjoyed this very much - it's great," Leung says. "I feel confident, and it helped my co-ordination because I am usually stiff. But right now, after punching, I feel great. I really like it. I really like this feeling."

Leung is not his real name. Like many Parkinson's patients, he is wary of word getting out because of the stigma that surrounds the illness. He is a schoolteacher.

We're three floors up inside a dusty mixed-use building in Mong Kok that has definitely seen better days. Inside the KF1 Gym, however, there's an immediate sense of purpose. The walls are lined with gloves, the shelves stacked with tape and other tools of the trade. There are images everywhere of fighters both past and present and there is - as always - anticipation in the air.

Over the past month or so, a unique initiative has been regularly taking place here on the mats and around the punching bags as a group of Parkinson's sufferers have taken to Muay Thai. The initial idea was that these training sessions would focus on balance, concentration and - vitally - confidence, aspects of daily life that are directly affected by the disease.

"This condition cannot be cured," Leung says. "It's a long-term fight, and you have to face that. First you have to find out what medicines are comfortable for you, with little side effects. Then I wanted to find ways to do exercise. It's important to stay active."

Parkinson's is a long-term degenerative disorder that affects the central nervous system. It is most noticeable through the shaking or slowness of movement that emerges in patients. The disease affects an estimated seven to 10 million people around the world, according to the Parkinson's News Today website.

The cause of the disease remains a mystery but the symptoms arrive following a decrease in the production of one of the brain's chemical messengers - dopamine - which in turn causes abnormal (or uncontrolled) brain activity. 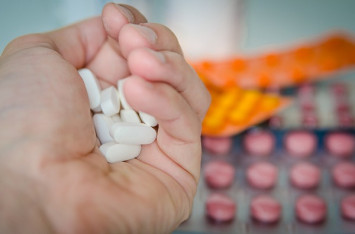 Medication can control symptoms but the reaction is different for each patient, according to Winnie Chan Yin of the Hong Kong Parkinson's Patients Support Group. The association is run by Parkinson's sufferers who know first-hand that the effects of the disease, and these medications, can vary.

Chan says there are around 10,000 people in Hong Kong diagnosed with the disease.

"So we organise activities, we encourage and we help each other," says the 57-year-old, who was diagnosed with the disease 24 years ago. "Overseas, we have seen that Parkinson's patients do all sorts of things, so we wanted to do this. Through training you can see the change. You can see they can grow in confidence and manage the disease better."

Chan was one of the initiators of the Hong Kong Muay Thai programme, alongside one of her organisation's patrons, retired policeman James Elms.

Elms, 75, has a long history of working with charities in Hong Kong, as well as supporting combat sports. He co-founded the Full Contact Boxing Association back in the 1980s. It was there that he first worked with Kong Fu-tak, one of the city's most fearsome pro fighters, through a career that took in Muay Thai and kick boxing, and just about anything else thrown at the fighter.

After retiring from the ring, Kong, now 62, established the Fu Tak gym chain and has trained tens of thousands of fighters, from pros to enthusiastic amateurs.

"In Muay Thai there are four requirements," Kong says. "You have to have confidence, good balance, be physically fit and you have to have spirit, or tenacity. Parkinson's patients lose these four things, so we thought we could build them up in these four areas. We start them slowly and show them that, yes, they can do it. So start slowly, push them a little bit, and get their confidence back. Because of this, things that they thought they might never do again, they can. You can see them become positive."

Read Also
Half of women at risk of dementia, Parkinson's, stroke: study 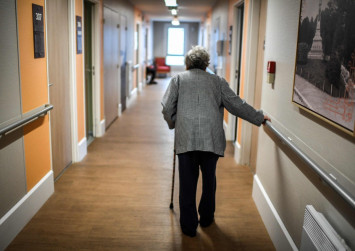 Today, about 15 Parkinson's patients at different stages of the disease have been taking part in a class directed by former Muay Thai champion Chan Kai-tik, who still fights as well as coaches. The 31-year-old coach says that when figuring out what exercises would have the greatest impact, the gym had to take into account that the physical needs and abilities depend on the individual. So there are deep stretches, balance poses - and then they all start hitting the bags. With relish.

"Balance is not good, so we adapt," coach Chan says. "We use the ropes in the ring, or the punching bags, if they need to jump about, as they have something to lean against to make them more stable.

"We also see what movements everyone is capable of. We are very careful to make sure everyone can join in. You can see their spirits rise as they look at each other. Everyone likes to hit the bags and to learn how to throw a punch because this makes you feel good. You can see that in their eyes, and in their smiles."

So far, one four-week course has been completed and a new course is being devised. There will also be a charity fight night at Southorn Stadium on June 13, with profits going to support the Parkinson's Muay Thai initiative.

"There are a lot more people wanting to join us now," Winnie Chan says. "They are learning that you can do a lot more than just sitting down. They can get a bit of their lives back."