How you take white rice can 'make a big difference'

White rice on its own is bad, as it can push up blood sugar or glucose significantly.

But how much of it is eaten, what it is eaten with, and even how it is eaten can make a big difference, said Professor Jeyakumar Henry, head of the Clinical Nutrition Research Centre (CNRC).

Prof Henry said one of the first studies at the centre, which opened in 2014, looked at a local favourite: chicken rice.

The study, published in the European Journal Of Nutrition, found that the glycaemic index (GI) of "pure white rice was 96, whereas combined with chicken breast, groundnut oil and vegetable, it was 50".

GI measures how much food raises sugar in the blood. A GI of 55 or less is good and above 70 is high.

Eating rice with protein reduces the GI. The best GI results are obtained when rice is eaten with tofu but chicken, fish or other meats also help.

Watch out for hidden sugar in food

Something else the centre found: When eating chicken rice, it's best to drink the soup first as that reduces the body's sugar response.

This is because chicken soup - and possibly other meat soups but the centre has yet to verify this - is rich in amino acids, which stimulates the secretion of insulin.

Prof Henry, who is also with the department of biochemistry at the NUS Yong Loo Lin School of Medicine, said the centre also tested the effect of Brand's Essence of Chicken, which is rich in amino acids, on blood sugar levels.

It found that, if taken 15 minutes before a meal, the essence of chicken "reduces blood glucose dramatically", in fact, by about a third.

The results were published in the British Journal Of Nutrition last year. The results showed significantly lower sugar levels in the test subjects' blood when they had the essence of chicken with or before the meal. The effect was identical whether one or two 68ml bottles of chicken essence were taken.

The researchers from the CNRC postulated that the amino acid in the drink primes the body to increase both insulin secretion as well as the absorption of sugar by tissues.

Other studies by the centre have found that drinking soya or milk with a meal also reduces the amount of sugar in the blood after a meal. This is in spite of the soya drink, as sold locally, containing sugar.

In the past two years, the centre has published more than 95 articles on its study findings in reputable journals, said Prof Henry.

The centre, a joint initiative between the Singapore Institute for Clinical Sciences, A*Star and the National University Health System, has been looking at how local cuisines can be made healthier without reducing their appeal and taste.

Several studies show how the sugar surge from eating white rice, the Asian staple, can be reduced without affecting the taste or enjoyment of the meal. 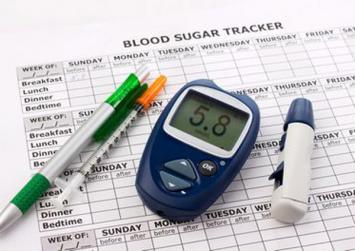 Frequently having high levels of sugar in the blood can lead to diabetes, a chronic problem that is a major cause of kidney failure, blindness and amputations here.

This is because the pancreas has to work extra hard to get rid of the sugar which, left in the blood, could damage the organs. When this happens too often, the pancreas gets "fatigued" and the person is on the way to becoming a diabetic.

Health Ministry figures show that more than one in four people here are diabetic, or are heading that way.

Reducing the GI of food puts less stress on the pancreas and could delay the onset of diabetes, so it helps not just diabetics but also healthy people, said Prof Henry.

This article was first published on Jun 6, 2016.
Get a copy of The Straits Times or go to straitstimes.com for more stories.