Hypertension on the rise in kids due to high-salt diet, frequent gadget use 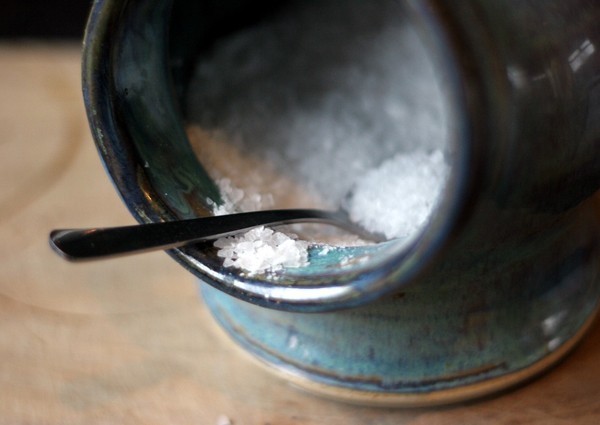 The maximum limit of salt intake for those with hypertension is 1 teaspoon of salt per day.
Pixabay

One in four Filipinos has high blood pressure, and half of that number do not know they are hypertensive.

An estimated 200,000 deaths annually can be attributed directly or indirectly to high blood pressure.

This was cited during a forum at the 22nd Annual Convention of the Philippine Society of Hypertension (PSH) with Philippine Lipid and Atherosclerosis Society.

PSH will soon launch a series of activities for "Blood Pressure Awareness" in the country with the International Society of Hypertension (ISH).

PSH will spearhead the May Measurement Month 2017 (MMM17), which targets to screen at least 1 million Filipinos 18 years and older.

The goal is to measure 25 million around the world, making it the biggest screening programme ever.

Leading cause of death

High blood pressure remains the leading cause of death in the country and worldwide.

Poulter said those found hypertensive-equal or greater than 140/90- during the MMM17 programme will be counseled on diet and lifestyle modification, and treatment.

Hypertension is also a lifestyle disease caused by physical inactivity, high fat and sodium diet and alcohol and tobacco use.

Today, with the rise of obesity and sedentary lifestyle of children and adolescents due to gadget use, young people are already being diagnosed with high blood pressure.

"Of 60,000 people measured for blood pressure, only half know they have it, 40 per cent get treated, and only a third of that number gets controlled. We eat too much salt, we eat too much fat, we eat too many calories," Poulter said.

Even children today are hypertensive.

"People think young kids do not get heart disease or kidney disease, do not get hypertension, but they eat a lot of fast food," said Dr. Rafael Castillo, past president of PSH and currently a member of ISH.

He said some parents even allow their kids to eat a lot of fatty and oily food, believing they're too young to acquire any serious disease.

Dr. Dolores Bonzon, pediatrician and kidney and hypertension specialist, told Lifestyle that the most common cause of hypertension in children is acute postinfectious glomerulonephritis in children 5 years old and above, an acute condition in which hypertension eventually resolves.

"So, hypertension, in this case, is only transient," Bonzon said. "However, essential hypertension is starting to be seen more frequently especially among adolescents because of the increasing incidence of obesity in children and the proliferation of fast-food restaurants which serve high fat and high-salt food."

The exact incidence of hypertension in the Philippine pediatric population, however, is unknown, she said.

"More than 50 per cent of adults don't know they are hypertensive, (the number is higher) among our pediatric patients," said Dr. Lynn Gomez, president of PSH.

She added that bewildered parents often ask how and why their children got hypertensive.

In the United Kingdom, Poulter said, among the highest sources of salt in the diet are bread (brown or white) and cereal.

Poulter said consuming a bowl of cereal is like drinking a bowl of seawater. It is therefore imperative that parents always check the nutritional labels on the food they are serving their children.

Castillo said those who remain untreated or unaware that they have hypertension are like "walking time bombs."

They are called such, he continued, because "anytime they could 'explode' to develop complications like massive stroke, acute myocardial infarction, and even sudden cardiac death."

The maximum limit of salt intake for those with hypertension is 1 teaspoon of salt per day.

A typical Filipino household, however, consumes 5 tablespoon or more per day.

"In the end it's about education. We are duty-bound to treat sick people. Cheap generic drugs are now being produced," Poulter said.

Doctors are encouraged to participate in the MMM17, one of the major activities under the observance of the World Hypertension Day.