Insufficient sleep could damage your DNA and genes, study finds

Sleep deprivation can damage DNA and the body's ability to repair this, possibly leading to higher chances of genetic diseases such as cancer, a study has found.

The University of Hong Kong research, which looked into the effects of sleep deprivation on local doctors, found that those who needed to work overnight shifts had a higher level of damage in their DNA, as well as lower levels of gene activity associated with DNA repair.

The study was among the first to examine such effects on humans, particularly on younger adults.

"This is a very preliminary study, but [there is] an indication that sleep disruption is not good for you, and not good for your genes," said Dr Gordon Wong Tin-chun, co-author of the study and an associate professor at HKU's department of anaesthesiology. 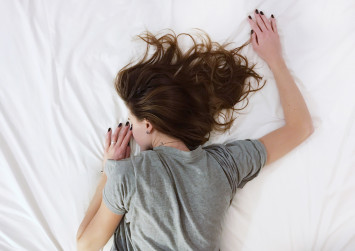 DNA damage means a change in the basic structure of genetic instructions for cell growth and functions in organisms, and this alteration is not repaired when the molecule is replicated.

"[Such conditions] may increase chances of developing diseases from genetic mutations such as cancers," he said.

Wong said the findings of the study might also be applicable to people who had working patterns that were similar to the doctors who pulled irregular overnight shifts.

The findings have recently been published in medical journal Anaesthesia.

Researchers looked at 49 healthy, full-time doctors from two local public hospitals. Among them, 24 had to work overnight on-site calls, with most of them required to take five to six such calls per month. An overnight on-site call means a doctor has to work from late afternoon to early morning the next day.

The remaining 25 doctors in the study were not required to take such calls.

Blood samples were taken from all participants after three days of adequate sleep. Additional blood was sampled from those who had to work overnight. Blood from these respondents was drawn the following morning, after sleep deprivation.

Researchers found that in general doctors on overnight calls had 30 per cent higher DNA breaks, a type of DNA damage, compared with those on regular hours.

This DNA damage was further increased by more than 25 per cent after a night of acute sleep deprivation. Doctors with insufficient sleep were also found to have lower levels of gene activity associated with DNA repair.

Read Also
Survey finds 4 in 10 Singaporeans not getting enough sleep, but those above 55 sleep better 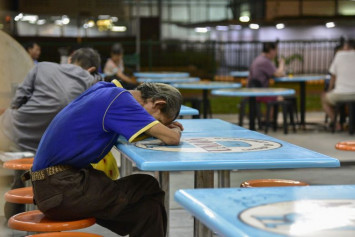 But the mechanism on why inadequate sleep could lead to such damage remained unclear in the study.

Wong said they hoped to raise more awareness among the public about the importance of sleep.

"Maybe you should consider looking into your [sleep habits] and treating sleep with a bit more respect," he said.

The recommended hours of sleep for people vary across age groups. An adult aged between 18 and 60 would need at least seven hours of sleep per night, according to the website of the US Centres for Disease Control and Prevention.

Professor Michael Irwin, head of HKU's department of anaesthesiology and an editor of the journal, said the impacts of sleep deprivation were not only physical but psychological, and they could also affect judgment.

"For doctors working at night and dealing with very technical things like anaesthesia or surgery, we should really try to minimise the amount of procedures done overnight," Irwin said.