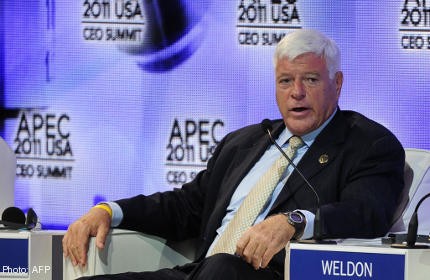 Johnson & Johnson, responding to complaints about a potentially carcinogenic chemical in its baby shampoos, said it plans within two years to eliminate formaldehyde-releasing preservatives from hundreds of its baby products.

Chief Executive William Weldon made the pledge on Wednesday in a letter to the Campaign for Safe Cosmetics, a consumer group which earlier this month urged J&J to remove from its baby shampoo a preservative called quaternium-15.

The chemical is considered by the government to be a possible trigger for some cancers and skin allergies. It is added to many cosmetic products to prevent spoiling and contamination, and works by releasing formaldehyde to kill bacteria.

J&J previously said it had been phasing out formaldehyde-releasing preservatives from its baby products since 2009, when the Campaign for Safe Cosmetics first raised its concerns with the company about its baby shampoo.

But Weldon, in his letter to the group, provided a more-concrete timetable, saying J&J has begun providing "alternatives to formaldehyde-releasing preservatives and expect(s) to finish this process in our hundreds of baby products around the world within about two years, and sooner for our baby shampoos."

Weldon said the company is making the effort even though the trace amounts of formaldehyde exposure pose little risk.

He said an entire bottle of baby shampoo creates exposures to formaldehyde equivalent to the amount a person would encounter "by eating an apple or pear, in which it occurs naturally."

The CEO said the company also continues to make progress in reducing trace amounts in its products of 1,4-dioxane, a contaminant also thought to be carcinogenic that is commonly found in shampoos and other cosmetics.

Weldon did not provide a timetable for that goal, but said most company products already meet the company standard.

J&J, which also makes Band-Aids, medical devices and an array of prescription drugs, in the past two years has recalled hundreds of thousands of packages of over-the-counter medicines - including painkillers Tylenol and Motrin - due to quality-control lapses.

Weldon has taken responsibility for the rash of recalls, which have harmed the company's image and hurt its sales and earnings since late 2009.

Under supervision from the US government, J&J is revamping its factories to correct the problems, and is gradually restoring the recalled consumer medicines to drugstores.