Are pimples the absolute bane of your existence?

Well they're mine too, except I've recently learnt that popping those nasty buggers at certain areas of your face could mean both figurative and literal death.

Yes, we're telling you that popping zits can lead to an untimely death - but only if you're unlucky enough.

According to those in the medical community, the area of your face that extends from your nose bridge down to the upper lip area is known as the "danger triangle" or "triangle of death".

Underlying this facial area is something called the 'Cavernous Sinus' which is packed with a system of blood vessels and nerves that is directly connected to the brain.

So if you pop a pimple within the danger triangle, you risk the skin becoming infected and the infection permeating through those blood vessels, reaching the nerve centre.

This could result in a number of complications such as vision loss, paralysis, meningitis and even death.

Although extremely unlikely, the infection may develop into a condition called Cavernous Sinus Thrombosis, which kills 30 per cent of people who get it.

This condition happens when the veins behind your eye sockets form a clot in an effort to contain the infection, which puts pressure on the brain and could lead to paralysis or death.

Obviously if a pimple gets big enough and ends up causing problems, you should see a dermatologist or a doctor about it right away. And it's easy to treat a lot of these infections with [oral] antibiotics

The danger triangle even has its own Wikipedia entry, but if you're one of those who turn their noses up when that's cited as a source, check this medical journal out.

Citing three fatal cases of infections in the danger triangle, the journal tells of men aged 19 to 36 who died within days of having pimples or boils popped in the upper lip area.

Granted, the medical report was published in 1937. And Dr Sandra Lee, the Los Angeles-based dermatologist you may know as Dr Pimple Popper explained to Allure magazine that, "in this day and age, we won't really let [an infection] get to that level".

"Obviously if a pimple gets big enough and ends up causing problems, you should see a dermatologist or a doctor about it right away. And it's easy to treat a lot of these infections with [oral] antibiotics."

However if you're one of those who can't stand overgrown nose hairs, plucking them makes you susceptible to the risk of infections as well.

According to him, plucking could result in germs and particles near the follicles getting inside, causing an infection and leaving you vulnerable to bacterial meningitis (inflammation of the spinal cord and brain) or a brain abscess (inflammation and swelling in the brain caused by infection).

Consider the cases of US teenager Michael Riley Jr. and pre-teen Hannah Collins who died after contracting brain-eating amoebas that reportedly entered their systems through their noses when they went swimming. 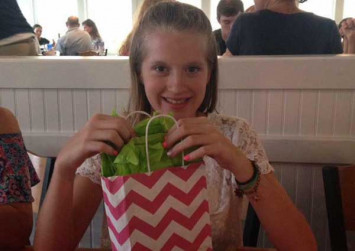 To think I escaped a potential brush with death last week when I waged war on a familiar yellow pustule on my philtrum. Next time, I'll take my chances with a concealer when Aunt Flo's visit wreaks havoc on my skin.