The perfect age to retire according to world's 'longest-serving physician'

Keeping busy throughout the senior years can help give elderly people a sense of purpose and accomplishment.

The idea of retiring seems enticing; ending years upon years of long weeks at work to spend your days doing whatever you want.

If you're counting down the years until your retirement age of 65, one physician said that you might want to reconsider.

As reported by Reader's Digest, a Japanese doctor urged people to never clock out of the workforce. Yes, you read that right. Never.

In an interview with The Japan Times two years ago, Dr. Shigeaki Hinohara, who was "one of the world's longest-serving physicians and educators" and had since 1941 worked as a doctor and teacher at St. Luke's International Hospital in Tokyo and St. Luke's College of Nursing, respectively (and served as chairman of both organisations' board of trustees), said not retiring was one of his secrets to living a long, healthy life. 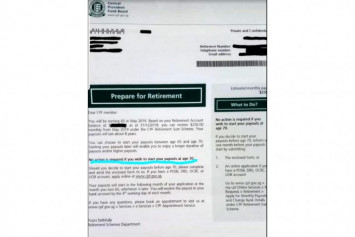 "There is no need to ever retire, but if one must, it should be a lot later than 65," said Hinohara, who has penned around 150 books, including the best-selling Living Long, Living Good.

Keeping busy throughout the senior years can help give elderly people a sense of purpose and accomplishment. These are key traits to keeping the brain healthy and switched on as the body ages, he said.

Hinohara practiced what he preached. He lived until the age of 105, treating patients and working up to 18 hours a day up until a few months before his death in 2017.