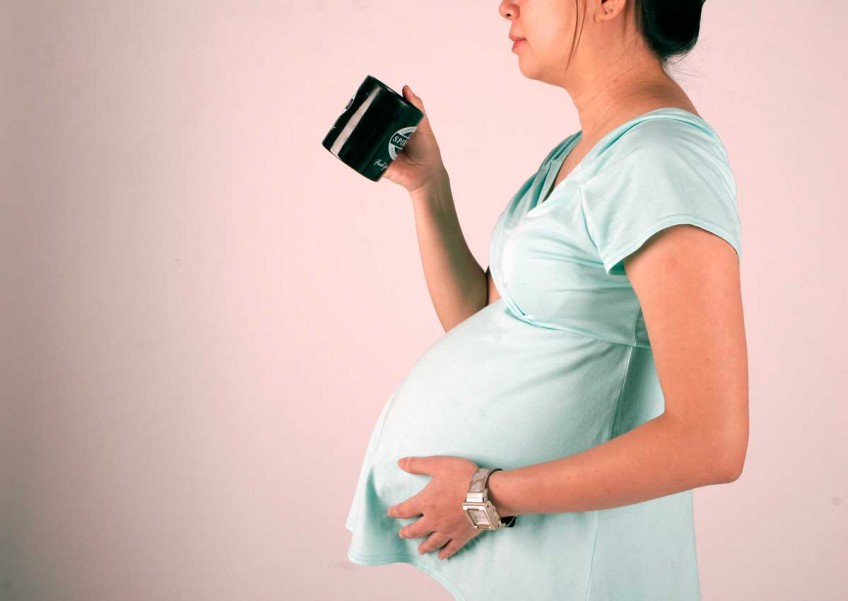 Pregnant women who eat more carbs and fatty foods may not necessarily give birth to heavier babies, but they may still have infants with more fat tissue, a US study suggests.

In particular, women who ate a lot of saturated fats - the kind in meat, dairy and eggs - had babies with more fat mass, regardless of their pre-pregnancy weight, the study found.

The findings suggest that the total amount of calories consumed has a larger effect on the baby's weight than calorie source does, said lead study author Tessa Crume of the University of Colorado Denver Anschutz Medical Center.

At the same time, "we found that saturated fat intake was associated with fat mass at birth," Crume added by email.

At times during each pregnancy, researchers asked the women to recall everything they had eaten during the previous 24 hours.

The research team also had data on the babies' length, weight and head circumference at birth as well as body fat composition.

Overall, up to half were getting roughly 32 per cent of their calories from fat, 15 per cent from protein and 48 per cent from carbohydrates, researchers report in the American Journal of Obstetrics and Gynecology.

But researchers did see differences in the babies' fat mass based on what their mothers ate.

Each 100-calorie-a-day increase in saturated fat in the mothers' diets was associated with roughly an 11-gram increase in fat mass in their babies.

Similarly, every 100-calorie increase in unsaturated fats - the kind in olives, nuts and seeds - was associated with about a 6-gram increase in infant fat mass.

One gram is about the weight of one raisin, or one paper clip.

Every 100-calorie increase in carbohydrates was linked to approximately 3 additional grams of infant fat mass, the study also found.

The study can't prove that mothers' diets actually cause particular body compositions in their babies, the authors note. And the researchers had to rely on women to accurately recall and report what they ate at several points during pregnancy.

Even so, the findings suggest that women should focus on the total calories they consume during pregnancy as long as they eat a reasonably balanced diet, said Dr. Emily Oken, a public health researcher at Harvard University who wasn't involved in the study.

Women should be especially aware that pregnancy is not a time to literally eat for two, Oken added by email. Just a few hundred extra calories a day might add up to too much food.

"We are learning that healthy gain in early pregnancy is especially important - just a couple of pounds in the first trimester," Oken said. "Women should aim to gain within the recommended amounts by continuing to exercise regularly and eating a nutrient-dense diet - avoid 'empty' calories such as those in sugary beverages, candy, and desserts."