Rise of a new drug lord 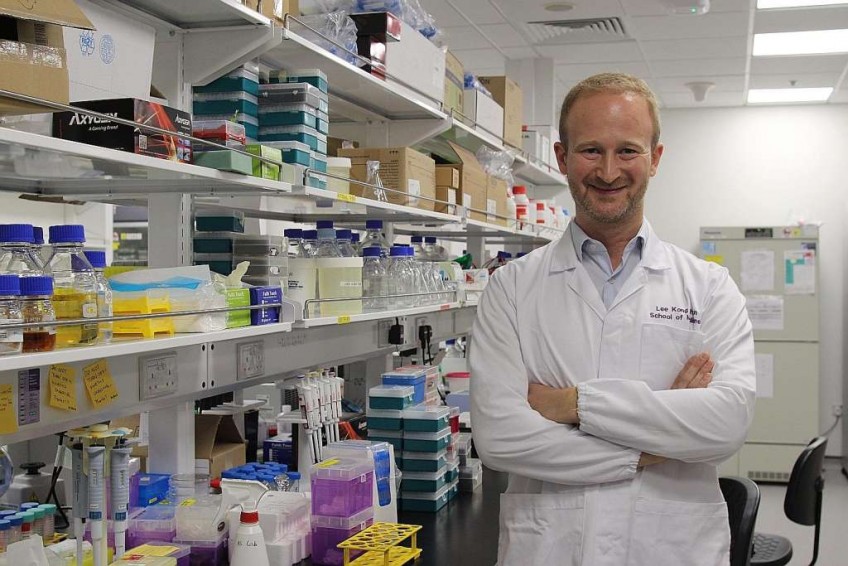 Associate Professor Kevin Pethe's team has found a "very early drug candidate" that boosts the potency of Q203 - another anti-TB drug candidate - by up to 1,000 times.
The Straits Times

Researchers here have developed a drug candidate that they believe could turn the tide in the fight against tuberculosis (TB), an illness which, over the decades, has mutated into a stronger form that is notoriously difficult to treat.

Eventually, a Nanyang Technological University (NTU) scientist and his team aim to cut down the time needed to treat this form of TB - known as multi-drug resistant TB - from two years to a few months, as well as to improve recovery rates.

His work is part of a project funded by the National Medical Research Council.

Only two anti-TB drugs have been approved for use in the past 40 years, underscoring the importance of new developments.

Prof Pethe, an infectious diseases expert, led the discovery of the drug candidate Q203 in 2013, while he was employed by research institute Institut Pasteur Korea.

TB-causing bacteria need high levels of oxygen to survive and Q203 inhibits their ability to take in the gas.

The new drug candidate works by making the bacteria even more sensitive to Q203, completely "suffocating" and killing them.

Prof Pethe said that these two drug candidates must be used together with Bedaquiline, a new anti-TB drug that was approved for use in late 2012.

Bedaquiline works using a similar principle of depriving the bacteria of energy. This trinity of drugs is key to killing all the multi-drug resistant TB bacteria in a patient, he believes.

Prof Pethe added: "The use of a drug combination is a powerful approach to limit emergence of drug resistance for viral or bacterial diseases.

"Since this number is much bigger than the total number of bacteria in a patient, the chance of resistance forming is extremely low."

Hence the importance of using a combination of drugs, he said, noting that one case of resistance to Bedaquiline has already been recorded in Switzerland.

However, it will be some time before his drug candidate will reach patients. He hopes to get candidates for human testing in five to seven years, and from that point, it could take up to 10 years for the drug to hit the market.

Q203 itself is just about to enter the second phase of drug testing, and Prof Pethe estimates that it will be another five years before it becomes available, assuming that all the trials go well.

But experts to whom The Straits Times spoke were cautious about the new development.

Dr Leong Hoe Nam, an infectious disease specialist at Mount Elizabeth Novena Hospital, said: "Any new drug to fight tuberculosis is good news. And ideally, it should be cheap and well tolerated.

"However, most drugs which are under development at this stage will fail.

"I am hopeful and yet cautious."

WHAT IS TUBERCULOSIS (TB)?

TB is an airborne disease caused by the bacterium Mycobacterium tuberculosis. It is generally spread by prolonged and close contact with infected people, and is one of the major causes of disability and death globally.

According to the World Health Organisation, it killed more people than HIV and malaria in 2015.

The disease most commonly affects the lungs, though it can also target other parts of the body, such as the kidneys, bones and brain.

Most people exposed to TB will not be infected, and of those who are, most will develop latent TB, which is not infectious and causes no symptoms.

In recent decades, improperly followed and uncompleted TB treatments have led to the rise of multi-drug resistant TB, which does not respond to rifampicin and isoniazid, the two most powerful anti-TB drugs available.

However, since the 1997 launch of the Singapore Tuberculosis Elimination Programme, the incidence rate has been hovering at between 35 and 45 cases per 100,000.

Five Singapore residents with multi-drug resistant TB were detected in 2015.

According to the Ministry of Health, TB symptoms depend on the affected area. However, patients commonly display:

TB is cured by using multiple drugs at the same time. Normal TB treatment lasts from six to nine months, and if patients take all prescribed medication, more than 95 per cent of them will recover completely.

Multi-drug resistant TB treatment can take from 18 months to two years, and has only a 50 per cent success rate.