Saudi homes in on camels in bid to combat MERS 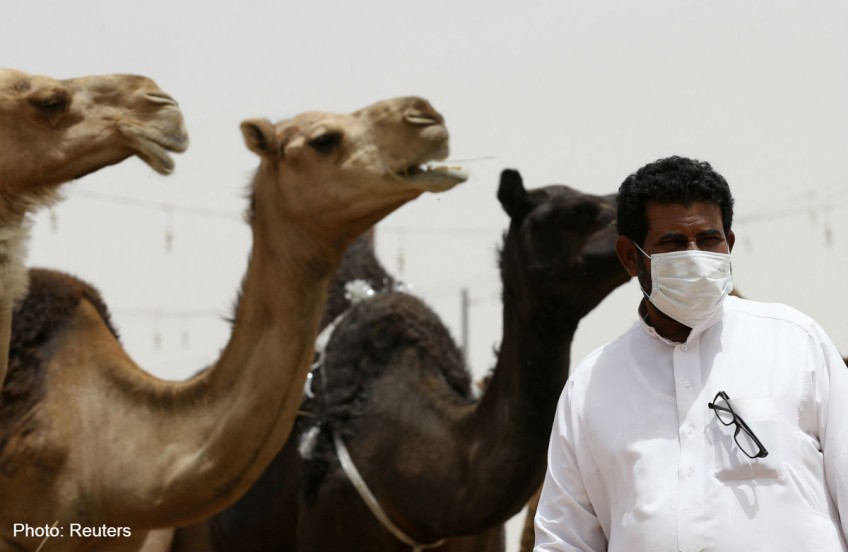 Saudi homes in on camels in bid to combat MERS

JEDDAH, Saudi Arabia - Saudi authorities have issued fresh warnings on how to handle the desert kingdom's wealth of camels, thought to be the source of the mysterious MERS coronavirus in the Gulf state.

The Middle East Respiratory System has now killed 147 people out of 491 infected in Saudi Arabia since it first appeared in 2012, with cases in the kingdom accounting for the vast majority registered globally.

With scientists still struggling to understand the illness and no vaccine or antiviral treatments available to combat its spread, Saudi authorities have introduced new guidelines to try to stem the trickle of new cases reported nearly every day.

The agriculture ministry has urged Saudis handling camels to wear masks and gloves to avoid catching the disease, in a statement published in local media.

The warning came after scientific studies commissioned by the health ministry suggested a connection between camels and the virus.

MERS is considered a deadlier but less-transmissible cousin of the SARS virus that appeared in Asia in 2003 and infected 8,273 people, nine per cent of whom died.

Like SARS, it appears to cause a lung infection, with patients suffering coughing, breathing difficulties and a temperature. But MERS differs in that it also causes rapid kidney failure.

Earlier research had shown the virus was "extraordinarily common" in camels for at least 20 years and may have been passed directly from the animals to humans.

Former health minister Abdullah al-Rabiah warned last month against assuming that camels were behind the virus, insisting that "one should not jump to conclusions".

He was dismissed days later on April 21 without official explanation and replaced by Labour Minister Fakieh who immediately promised "transparency" in providing the public and media with information about MERS.

The ministry now publishes a daily detailed bulletin on its website updating the numbers of MERS infections and deaths.

Last week, Fakieh also announced the sacking of the head of Jeddah's King Fahd Hospital, where a spike in MERS infections among medical staff sparked panic among the public.

After its five-day mission to Jeddah, the WHO pinpointed breaches in its "recommended infection prevention and control measures" as being partly responsible for an increase in infections in the Red Sea city.

Amid rising concerns over MERS's spread, the WHO is preparing for an emergency meeting to discuss the virus -- the fifth time the UN health agency's emergency committee has met about the mystery coronavirus.

Months before the annual hajj pilgrimage to the Muslim holy sites in Mecca and Medina, the number of reported cases is climbing steadily.

Jeddah will be the main point of entry for pilgrims from overseas when they arrive in September.

Pilgrims still trickle into Mecca for the lesser pilgrimage -- the umra -- that can be performed at any time, especially during the Muslim fasting month of Ramadan, which starts in July.

Saudi Arabia's hajj ministry has not yet taken any special measures related to MERS.

The WHO also said it does not advise special screening at points of entry, nor does it currently recommend any travel or trade restrictions, "including for upcoming pilgrimage travel to Saudi Arabia".

Fakieh has announced an awareness campaign to help stop the disease's spread, and doctors, academics and journalists have launched initiatives of their own to encourage the public to adopt new hygiene measures recommended by the government.

"The campaign targets public gatherings, hospitals, and markets... to raise awareness among people," said Alia Banaja, who runs a campaign in Jeddah, where some people have started wearing masks, a measure only recommended in hospitals.

MERS cases have also been reported in the United Arab Emirates, Jordan, Egypt, Lebanon and even the United States, with most involving people who had travelled to Saudi Arabia or worked there, often as medical staff.