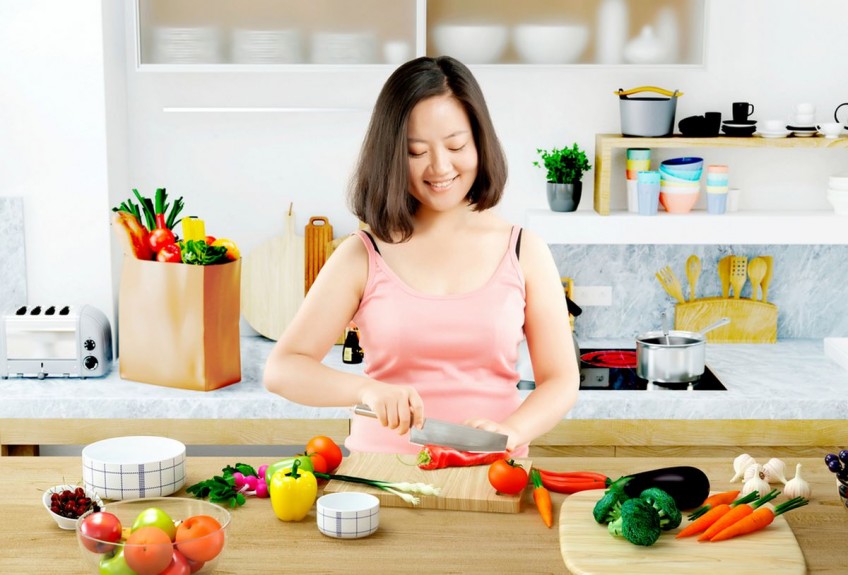 Because our body's needs vary with age, the foods that are good for us change throughout our lives too.

Saving the bread for last at mealtime could help people with diabetes keep their blood sugar under control, new research suggests.

People with type 2 diabetes who ate protein and vegetables before they consumed carbohydrate-heavy bread and orange juice had a significantly lower increase in blood sugar after the meal, compared to when they ate carbs first, Dr. Alpana Shukla and Dr. Louis Aronne of the Comprehensive Weight Control Center at Weill Cornell Medicine in New York City found.

The decrease "is comparable to the kind of effect you see with some of the drugs we use to treat diabetes," Shukla told Reuters Health in a telephone interview. "Eating carbohydrates last may be a simple strategy for regulating post-meal glucose levels."

Keeping blood sugar in check is crucial for people with type 2 diabetes, in part because it helps protect them from severe complications including heart disease, vision loss and nerve damage, Shukla noted.

Typically, the researcher added, diabetic individuals are advised to cut down on their carb intake and stick with complex carbs rather than simple sugars.

To follow up on small studies showing that eating protein before carbs led to a smaller bump in blood sugar than vice versa, the researchers had 16 men and women with type 2 diabetes consume the exact same meal on three separate occasions, one week apart, eating the items in a different order each time.

Study participants ate bread and orange juice first, took a 10-minute rest, and finished up with chicken and salad; ate the meal in the reverse order; and consumed the chicken, veggies and bread as a sandwich, accompanied by orange juice.

Every time, participants consumed the same amount of calories and carbohydrate.

When people ate the carbs last, their post-meal blood glucose levels were about half as high as when they ate carbs first, and about 40 per cent lower than when they ate all meal components together.

The carbohydrate-last meal was also associated with lower insulin secretion and higher levels of glucagon-like peptide-1 (GLP-1), a gut hormone that helps regulate glucose and satiety.

Insulin levels required to keep study participants' glucose under control were about 25 per cent lower when they followed the carbs-last plan.

"We all recognise that while it's good to eat less carbs to control blood sugar levels, it may sometimes be difficult to follow this advice," Shukla said.

"In the real world, when people actually eat carbohydrates at the end of the meal after consuming vegetables and protein, they will probably end up consuming somewhat less," the researcher noted.

The lower insulin requirements and increase in GLP-1 the study team observed suggests that closing a meal with carbs may also be helpful for weight management, Shukla added, although more research is needed.

Aronne and Shukla are now testing the carbs-last approach in people with so-called pre-diabetes, when blood sugar is abnormally elevated but falls short of the cutoff for diagnosing diabetes.

People with elevated blood sugar are at increased risk of progressing to full-blown diabetes and the study team wants to see if the carbs-last strategy can play a role in diabetes prevention.