Science may be able to provide sunless tans 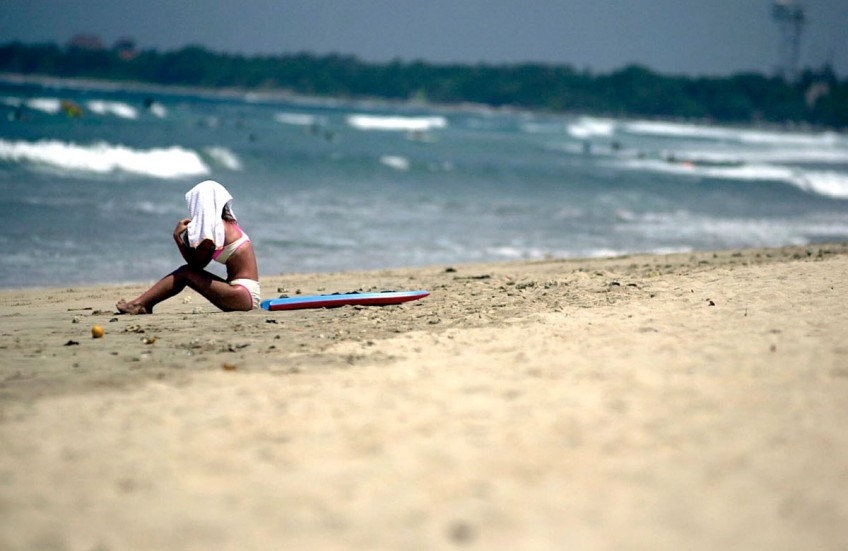 Sun worshippers might someday be able to get a tan without exposing their skin to the harmful ultraviolet (UV) radiation that's responsible for skin cancers, a new study suggests.

The goal of the research is to prevent skin cancers by darkening the pigmentation of people's skin, senior author Dr. David Fisher told Reuters Health.

"Very light skin and a very poor ability to tan correlates with a very high probability of developing cancer," said Fisher, who is chief of the dermatology service at Massachusetts General Hospital in Boston.

Darker skin may block harmful UV radiation, Fisher said. So it's possible that darkening the skin's pigmentation might help neutralize the risk associated with genes for light-coloured hair and fair skin.

A decade ago, Fisher's team found a way to change the pigmentation of skin cells in mice from very fair to dark, which protected their cells from the type of UV damage that can lead to skin cancer.

Unfortunately, the topical agent that worked to darken the skin of mice didn't work as effectively on thicker human skin.

Since then, the researchers have been trying to find alternative ways to achieve the same goal in humans, Fisher said.

When the researchers applied the enzymes onto mice and samples of human skin in a lab, both the mice and the human skin turned increasingly dark as more enzymes were applied, according to the study published in Cell Reports.

Fisher said the darkened skin responded like a normal tan, but without the damage seen with UV radiation.

The darker pigment - the melanin - "won't go away until the cells mature, die and fall of the surface," he said.

The enzyme solution used in the study is far from being available at local pharmacies, however.

"As in anything that's a new strategy, this needs toxicity testing to know it's safe before going into man and all sorts of clinical trials," said Fisher.

A drug that darkens pigmentation may have uses beyond the theoretical protection against skin cancer, including to cosmetically darken skin among people with other medical conditions, said Dr. Jonathan Zippin, of Weill Cornell Medicine's Department of Dermatology in New York.

"There is a clear cosmetic application," he told Reuters Health. "If you want to prove that you've improved skin cancer risk, you've got to do that study and that's going to require time," he noted.

"There is a limited number of drugs available that can effectively elevate pigmentation in a safe way," said Zippin, who was not involved with the new research. "So this is exciting in the sense that it could be one such drug to fill that niche."

Fisher is focused on developing a product that will protect against skin cancers.

"There is such a prevention opportunity that is missed right now," he said.