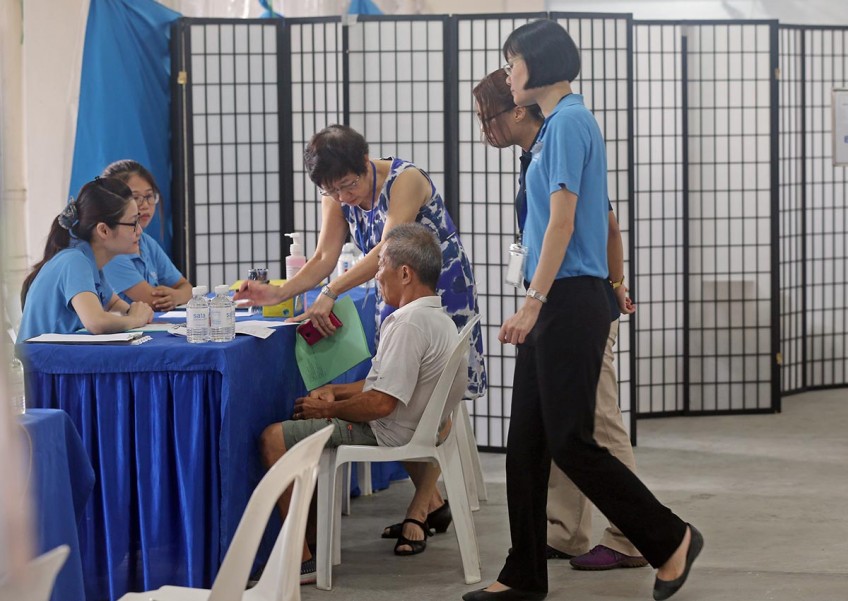 Risk of latent TB infection becoming active is higher for the elderly or those with medical conditions, say doctors.

Seniors living in the Ang Mo Kio block where a drug-resistant TB cluster was found should keep a close eye on their health, even if they do not feel ill.

This is because latent TB infections become active in only 10 per cent of healthy people but the risk goes up for the elderly or those with medical conditions, said doctors.

Many seniors happen to live in the Ang Mo Kio block where the discovery of a "highly unusual" cluster of six drug-resistant TB cases triggered a four-day precautionary screening exercise for residents.

The four households that make up the cluster said they did not know each other and never interacted with each other before. However, the disease usually requires "close and prolonged contact" to spread.

Results from the screening, which were made public on Monday, showed that 45 residents may have latent TB infections. Another two could have the active, infectious form of the disease.

Dr Ong Kian Chung, a respiratory specialist at Mount Elizabeth Hospital, said: "If a patient has other medical conditions that can affect the immune system, the chances of reactivation are higher."

If it is a person who has the human immunodeficiency virus or HIV, the rate could be 50 per cent. Older people, whose immune systems are generally weaker, are also at risk.

Geriatrician Nur Farhan Mohammad Alami, from the Raffles Internal Medicine Centre, said it is critical that seniors monitor their health closely. "Sometimes, an elderly person with active TB may have symptoms that are not typical," she said.

"If there is an unexplained loss of weight or other symptoms like unusual tiredness or lethargy, they should seek medical advice."

About 223 residents and former residents were tested in the first round, which ended on June 19. Another round of house visits was conducted last Saturday to encourage more people to come forward.

Some residents, like customer service executive Farrah Yap, 28, felt screening should have been made compulsory for everyone in the block. "I think it's very unfair if people don't get tested, and I think it's very irresponsible not to get screened."

He said: "While superficially attractive, compelling people to go for screening without taking steps to eliminate stigma and potential discrimination may not work that well, as people may 'go underground' or avoid screening."