Almost all children invent lies for some inexplicable reasons.

According to a study, this behaviour is absolutely normal and is even an important and healthy step in their development, Parents reported. The research revealed why and how lying becomes a social skill.

The study, led by Kang Lee, a psychology professor at the University of Toronto, Canada, examined the "lying skills" of young children.

According to the study, the tendency to lie starts quite early and increases over the years. In the study, 30 per cent of 2-year-old toddlers started inventing lies. 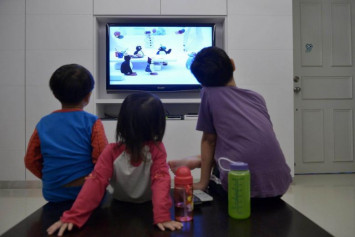 Later at age 3, half of all analysed children lied, while even more children at the age of 4, about 80 per cent of them, told lies. Moreover, almost all of those between the age of 5 and 7 lied.

However, Lee said that this behaviour was normal and an important milestone in a child's development.

He conducted a study in which a group of pre-school children in China were divided into two groups. The first group of children were given theory-of-mind training, while the remaining half were taught skills for number and spatial problem-solving.

In theory-of-mind training, children are taught to understand what goes on in somebody else's head, to know what they know and what they don't know.

The better a child is at theory-of-mind, the more sophisticated their lies. Subsequently, the child will develop executive function abilities, which is the power to plan ahead and curb unwanted actions.

Lee told Parents that the 30 per cent of toddlers who could lie had higher executive function abilities. This was a sign of cognitive sophistication he said, adding that the young liars would utilise it to gain more success in school and in their interactions with other children during playtime.