Too much SPF may lead to porous bones: Experts 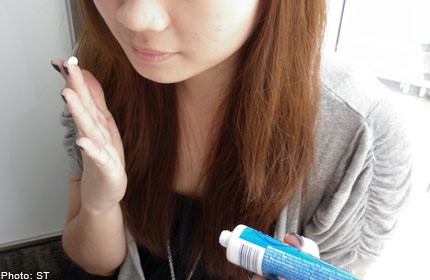 Too much SPF may lead to porous bones: Experts

Acting Director of the Department of Geriatrics and Gerontology Chan Ding-cheng stated that the high levels of SPF30 would actually block the body from getting enough vitamin D. Once the body lacks the vitamin D it needs, it cuts down on its ability to absorb calcium and could easily lead to more porous bones - a condition that exposes the bones to a high risk of fracturing, Chan said.

Executive Director of the Taiwan Millennium Health Foundation Chen Hsin-li stressed that sunscreen products that reach higher than the SPF8 may block 90 per cent of the body's absorbance of vitamin D.

Chan suggested that sunblock is essentially important, but shouldn't be overdone. "Your limbs need at least 10 minutes of sunlight everyday. Blocking the sun from your face is necessary, but not so much for the limbs. Allowing some rays on your body activates the body's absorbance of vitamin D, which is healthier," he added.

According to the Bureau of Health Promotion (BHP) under the Department of Health, 70 per cent of women in Taiwan have vitamin D deficiency, mostly in women between the ages of 19 and 44. This may mean that women will likely experience bone fractures as they near menopause, the bureau said.

Doctor Yang Rong-sen from the Department of Orthopedic Surgery of National Taiwan University Hospital stated that the death rate from hip structure deficiencies caused by porous bones was 15 per cent for some age groups.

He added that the only way to prevent porous bones was to intake a sufficient amount of vitamin D when one is young. "Vitamin D allows the body to quickly absorb the calcium it needs, giving the body healthier bones," Yang said.