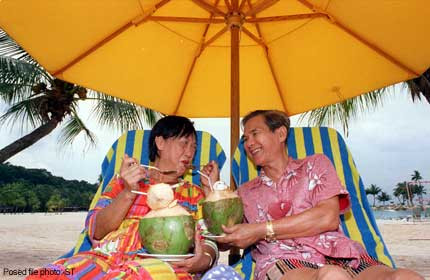 SYDNEY - People living in the tropics are likely to die more than seven years younger than those in other regions, according to the first findings of a global research project released Monday.

The "State of the Tropics" study, run by 13 institutions across 12 countries, reported that people living in the world's tropical zones in 2010 had an average life expectancy of 64.4 years.

This was 7.7 years less than those living in non-tropical areas, according to the broad-ranging research project, which was initiated by Australia's James Cook University (JCU).

Overall mortality in the region was affected by disease, conflict, poverty and food insecurity, the study said. Investment in social services, such as health and education, as well as access to water, sanitation and medical technology, were also important factors.

According to the report, Central and Southern Africa had the worst adult mortality rates, with 377 in every 1,000 people who live to 15 years old dying before they reach 60.

Australia has the largest tropical landmass among developed nations and JCU vice chancellor Sandra Harding said a citizen of the country's tropical north typically died two-and-a-half years earlier than one in the south.

By 2050 about half the world is expected to live in the tropics - a vast area encompassing swathes of Australia, South and Southeast Asia, Africa and the Middle East, Central and South America, the Caribbean and Oceania.

Harding said the tropics were an increasingly critical region, being home to more than 40 per cent of the world's population and generating about 20 per cent of global economic output.

"However, the resources to sustain larger populations and economic growth are imposing ever-increasing pressures," said Harding.

"The idea of the tropics has geopolitical, economic and strategic importance," she added. "Sooner or later, we will have to take this seriously."

The report found that life expectancy in the tropics has increased in the past 60 years, with people living 22.8 years longer than in 1950.

Southeast Asia saw the biggest improvements in life expectancy in the 60 years to 2010, adding 26.7 years to the average lifespan, compared with a global average increase of 20.2 years in the same period.

Institutions in Kenya, Ecuador, England, Thailand, Singapore, Costa Rica, Denmark, the United States, Papua New Guinea, Fiji and Brazil are partners in the study, which will release its next installments on forests, marine life and economic output in 2013.