The truth of the fat burning zone: what is the best heart rate to lose fat? 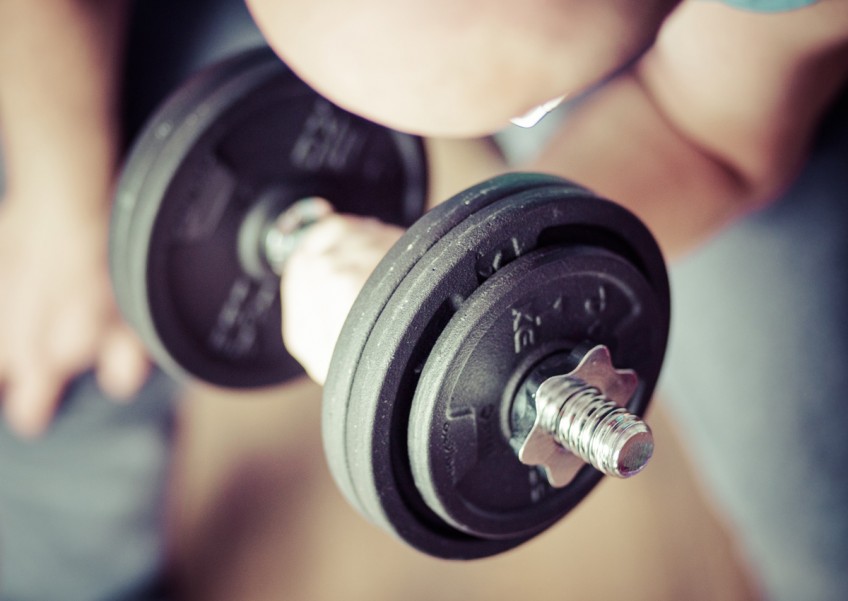 The 'fat burning zone' is a theory that you should maintain your heart rate at just 70 - 80 per cent of your maximum heart rate during exercise to burn more fat.

If you're looking to lose weight and keep fit, the general rule of the game is to increase the intensity of your workouts.

But what about the 'fat burning zone' theory that says you should exercise at lower intensities instead? What is the idea behind this concept, and is it true?

THE LINK BETWEEN HEART RATE AND FAT LOSS

Your body requires glucose as fuel for your muscles. The 2 main sources of fuel are glycogen (a substance that stores carbohydrate) and fat, which breaks down to form glucose and ultimately carbon dioxide and water.

Oxygen is required to oxidise (break down) either the glycogen or fat stores into glucose to fuel the muscles.

During a workout, your body requires more energy. Thus, your heart pumps faster and harder to send oxygen to your muscle cells to break down more glycogen and fat to fuel your muscles.

While 1 gram of carbohydrate contains 4 calories of energy, 1 gram of fat contains 9 calories. This makes glycogen (carbohydrate) a less dense form of energy storage that is readily broken down into glucose, as compared to fats. As such, glycogen is your body's first source of energy during exercise.

Since high-intensity workouts require more energy quickly, you tap on glycogen rather than fat in your body for fuel. Your body only taps onto the next fuel, fat, when you start to run out of glycogen.

THE TRUTH OF THE FAT BURNING ZONE THEORY

The fat burning zone theory seeks to help adherents lose weight by tapping on the body's fat storage rather than glycogen. They argue that the body burns a greater percentage of fat with lower-intensity exercises than at higher intensities because the body does not require 'fast energy' from glycogen.

As such, this theory promotes longer and lower-intensity cardio workouts that maintain your heart rate within the 'fat burning zone'.

However, that is a bit of a misconception. While it is true that the body burns fat during low-intensity workouts, the fat burning rate remains low and you have to exercise longer to burn the same amount of calories you would at higher intensities.

In a high-intensity workout, although your body uses your glycogen stores first for 'fast energy', it depletes the glycogen stores rapidly enough to force your body to tap on the fat storage. This means that high-intensity workouts are more efficient in burning way more total calories - both glycogen and fat calories. Ultimately, the total number of calories you burn leads to the most weight (and fat) loss.

Working out with a heart rate monitor helps you to gauge the specific zones in which your body is working and how your body benefits from different intensities of exercise. Each of the 4 main training zones can be predicted by your heart rate:

Your warm-up zone is where you prepare your cardio-respiratory system, muscles and joints to exercise harder. Here, you are functioning at 60 - 70 per cent of your maximum heart rate. It is a comfortable pace where you feel as though you can go on for a long time.

Just beyond the warm-up zone is the so-called fat burning zone where you are working out at about 70 - 80 per cent of your maximum heart rate. It is still a comfortable rate but you might sweat more and breathe harder than usual.

Although you may burn more fat than glycogen at this zone, the absolute amount of fat burnt is much less than the subsequent stages.

Still in the comfortable zone is the aerobic zone. Your heart rate is at 81 - 93 per cent of your maximum heart rate. You will be able to talk but only in short phrases. The calories you burn here split evenly between your fat stores and glycogen.

Although you will not burn more fat calories than glycogen, you will be burning more calories overall. (Plus, the aerobic zone makes your heart pump hard, which is great to keep your heart healthy!)

Finally, you will be at 94 - 100 per cent of your maximum heart rate in the anaerobic territory. You are panting and unable to talk. It is hard work and nearly impossible to spend more than a minute here as your glycogen stores are depleted faster than they can be replenished.

Anaerobic intervals widen your fat and aerobic zones and zap tons of calories. This is where the afterburn (temporary increase in metabolism) kicks in. Also known as excess post-exercise oxygen consumption (EPOC), your body continues to burn more calories even after a high-intensity workout, as compared to a low-intensity exercise.

A high-intensity workout reaps many benefits of burning total calories efficiently both during and after exercising, and keeping your heart healthy. But if you prefer a low-intensity workout, it would require you to devote a longer amount of time to burn the same amount of calories!

This article first appeared in Health Plus, an online health and wellness web resource developed by Mount Elizabeth Hospitals, Singapore.