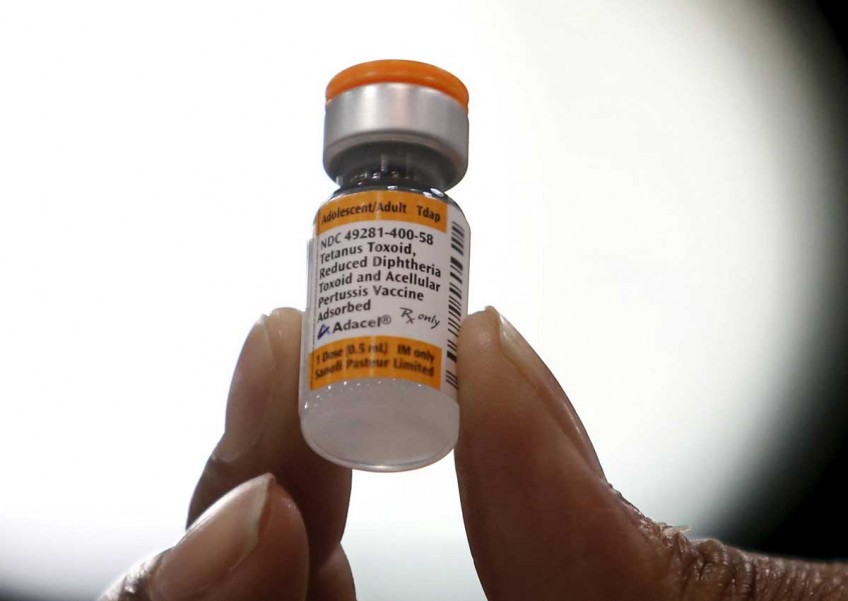 PETALING JAYA - Parents who do not vaccinate their children can be jailed for a longer period for child neglect once the amendment to the relevant law is gazetted and enforced, said the Women, Family and Community Development Ministry.

The ministry said the amendment had been approved by the Dewan Rakyat on April 6 and Dewan Negara on May 4.

"The Bill is in the process of being gazetted and enforced to increase the penalty under Section 31," it said in a statement yesterday.

"If parents refuse to vaccinate their children and this results in the spread of infections and endangering the children's lives, it can be considered as a form of child neglect," it said.

"All the cases reported in Sabah occurred sporadically with no link to one another while the cases in Kedah and Malacca occurred in clusters in families," he said in a statement.

Dr Hisham said that two new cases occurred in Sabah. One was a three-year-old Malaysian who did not have diphtheria immunisation. The child was confirmed suffering from diphtheria on June 23 and died on June 27, he said.

The second case involved a non-citizen aged five. The child was confirmed having diphtheria on June 28 and was being treated in a hospital isolation ward. He is in stable condition.

Dr Hisham said health officers in all states had been alerted about the incidents and had increased their surveillance.

The immunisation service in health clinics, hospitals and private clinics were reported to have received encouraging response, he said, adding that parents with children below age seven were advised to check their children's immunisation appointments.

"I urge all parents to be committed in bringing their children to be immunised according to schedule.

"If they missed it, please go to the nearest clinic and the health staff will arrange for a new schedule," he said.