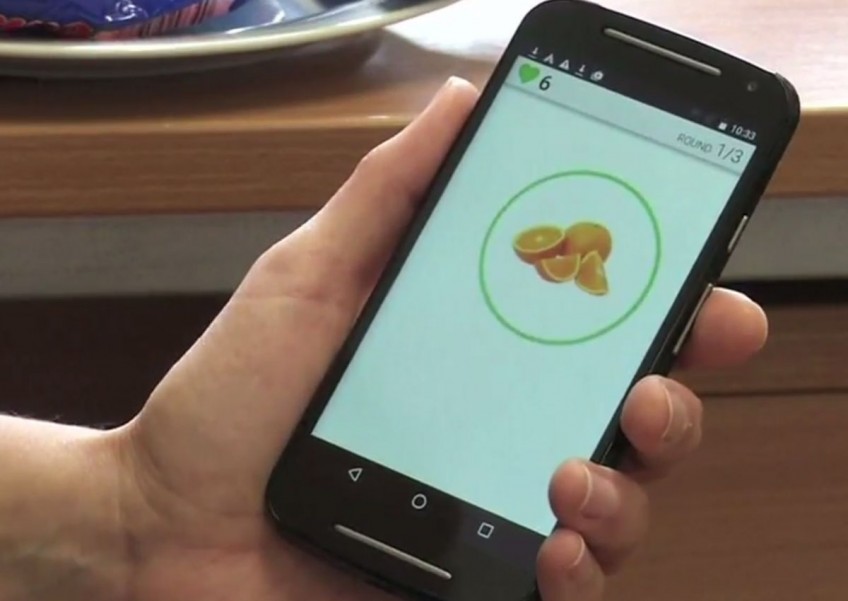 A phone app developed at the University of Exeter is helping people lose weight by teaching their brain to shun unhealthy snacks. The 'FoodT' program aims to reduce the brain's reward and motor response to unhealthy foods, say researchers.
Video screengrab

This free phone app is designed to trick your brain to shun unhealthy snacks.

The Food Trainer programme is the brainchild of Exeter and Cardiff University researchers.

"If an item appears with green you hit it, you win a point and if an item appears in a red circle then you mustn't touch the screen and in fact you should try and stay as still as possible." said Natalia Lawrence, Professor in Translational Medicine at Exeter University.

Playing for less than ten minutes once a day, for four days, teaches the brain 'response inhibition training'.

"It's probably more effective to play if you're hungry or if you're craving food because that's when you're really going to change your brain's association and responses to those foods." said Prof Lawrence.

The researchers say it reduces activation of the brain's motor cortex, and helps curb the reward value of certain foods.

"This area in red is the ventral striatum, and it's very rich in dopamine. It's activated in some people, not in everybody, through images of food and that seems to predict how much people eat and how much weight people gain." said Prof Lawrence.

Read also: Here's why your plans to lose weight this year could be doomed

In a study of 83 participants, they ate on average 220 fewer calories daily.

Even those not trying to lose weight showed reduced food intake.

"I think it's entirely subconscious. It's almost like I don't even look for those things or think about them or want them. It takes a small amount of time during the day and then it's like a complete freedom. You never have to think about it again. That's certainly how it was for me." said office manager Fiona Furness.

A modified children's version has been devised.

"We're constantly surrounded by food adverts, there are so many opportunities to eat unhealthy foods, that actually our behaviour is constantly being nudged towards eating these unhealthy foods. So the aim of this brain training game is to actually give people a bit of control back and introduce a bit of balance." said Lucy Porter, a PhD student at Exeter University.

The adult app was released in January.