What lives under your fingernails? 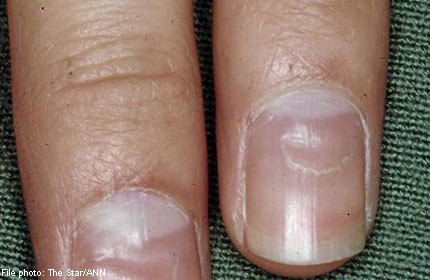 Washing your hands is the first defence against all kinds of nasty bacteria. But do you wash under your fingernails? Maybe you should.

You probably know that handwashing is among the best means of preventing the spread of germs.

In many places, public health laws are in place to ensure that those in the food service industry keep their hands clean.

On the other hand, no amount of scrubbing can ever rid the hand of all its bacteria.

The impossibility of sterilisation is why doctors and nurses so often wear gloves while interacting with patients.

Indeed, nearly a hundred years ago, physicians began to realise that bacteria would always show up in tests even after multiple re-washings.

But it wasn't until the early 1970s that researchers began to identify the reason that hand-dwelling bacteria was so persistent.

It turned out that covering the fingertips could keep hands cleaner longer.

Though it's not the fingertips which are so full of bacteria, but the fingernails.

These thin keratin shields, made of the same stuff as rhino or impala horns, harbour a bacterial menagerie.

It wasn't until the late 1980s that scientists began to poke around under our fingernails to see who, exactly, lives there.

In one 1988 study, a trio of researchers from the University of Pennsylvania's Department of

Dermatology swabbed the hands of 26 adult volunteers, all employees of the university's medical school who did not interact with patients.

They found that the space under the fingernails, also called the subungual region, was "an important site" for harbouring bacteria.

The fingernails harboured the same types of bacteria as the rest of the hand, just a lot more of them.