Women with 80-cm girth could be 'obese': Japan 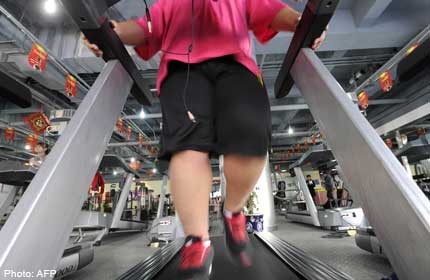 Women with 80-cm girth could be 'obese': Japan

Women with an abdominal girth of more than 80 centimeters could be categorized as obese under new guidelines being considered, a revision from the current 90-centimeter standard used as a marker for metabolic syndrome, it has been learned.

The Japan Society for the Study of Obesity (JASSO) is considering including women with a body mass index (BMI)- a measure of weight relative to height - of below 25 but a waist circumference of above 80 centimeters as excessively fat.

People with a BMI of less than 25 are not considered overweight under current guidelines.

The Health, Labor and Welfare Ministry uses these figures when deciding whether a person has metabolic syndrome in a special health check program for people aged from 40 to 74.

However, experts have pointed out that the risk of arteriosclerosis and other health problems increases for people with excessive visceral fat even if their BMI is below 25.

This prompted JASSO's study committee for judging criteria of obesity, led by Gunma University Prof. Masatomo Mori, to reexamine the criteria for people with a BMI of less than 25.

BMI is calculated by dividing a person's weight in kilograms by height in meters squared. For example, a 1.6-metre person weighing 60 kilograms has a BMI of 60 divided by 2.56, which equals 23.4.

JASSO is considering categorizing people with a BMI of less than 25 as obese if their waist size exceeds the new standard and they have some health problems.

"The conditions for being obese and the criteria for deciding if people have metabolic syndrome overlap considerably," Mori said.

The lower girth figure likely will affect a planned review of the health check program, which the ministry plans to carry out in fiscal 2013.

Mori said JASSO would settle on the new standard within fiscal 2012 so it can be reflected in revised abdominal girth standards used for the ministry's health check.