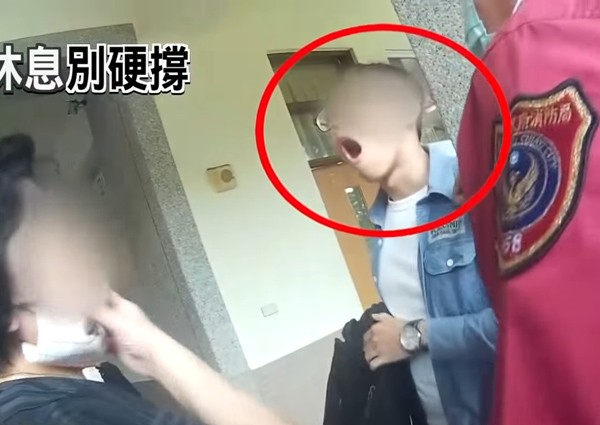 An innocent yawn during an examination last week caused a young man unbearable pain when his jaw popped out of its socket.

The 21-year-old from Chiayi, Taiwan, had to be taken to the hospital because he could not close his mouth and had difficulty swallowing, Taiwanese media reported.

He was found to be suffering from temporomandibular joint disorder (TMJ) which can cause pain in the jaw joint or muscles.

A doctor said that the stressed out man had not been sleeping well and had been grinding or clenching his teeth while resting.

Not getting enough rest and overexertion of the jaw muscles may have caused the jaw dislocation, he added.

When treating a dislocated jaw, the doctor may give the patient anaesthetics or muscle relaxants before using his thumbs to place the jaw back into the correct position. The jaw may also be bandaged to stabilize it.

Despite the scare, the young man has since recovered and went home with doctor's orders to get more rest.

And it seems like he is not the only one to have suffered from this painful condition.

In 2011, a student in the United Kingdom dislocated her jaw while yawning in class, The Daily Mail reported.

After five hours of agony, her locked jaw was freed when a doctor placed 26 wooden splints in her mouth.

Those who find themselves with a dislocated jaw should seek medical help immediately as they may have trouble breathing, doctors advised.