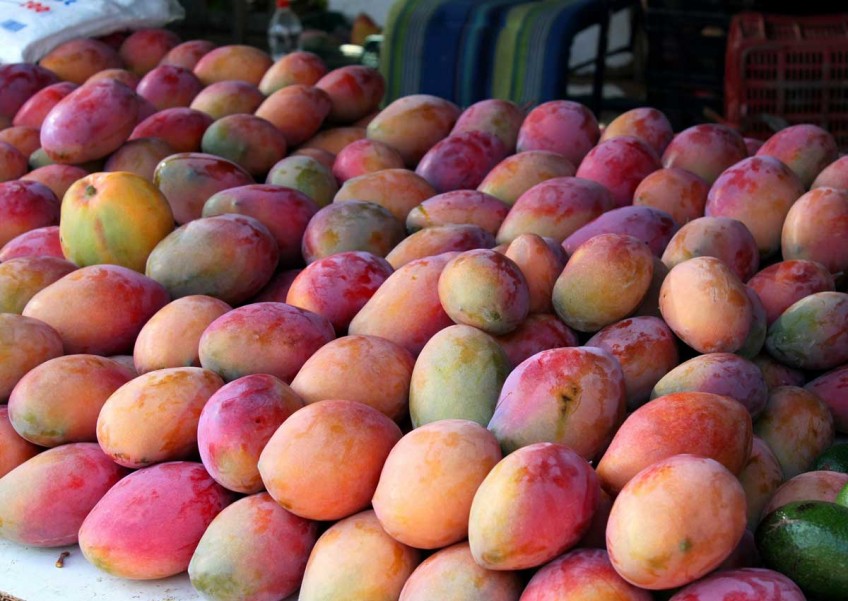 KANGAR: The heatwave is causing weird happenings in orchards in Perlis that grow one of the most expensive mangoes in the world.

The trees of the Harumanis mango, which are sold at RM80 (S$26.84) to RM100 per kg in Taiwan and Japan, are fruiting sporadically and threatening to make its price soar even higher this year.

"Trees of the same species are supposed to flower as one, but this year, my trees are flowering months apart," said Harumanis orchardist Zaitun Yahaya, 61.

To prove her point, Zaitun showed her trees to a team from The Star visiting the state to see how the people there were coping with the heat that shot up to 38°C on Friday.

While maturing mangoes wrapped in paper dangled from some of her trees, many others bore only wilted flowers or were just beginning to bloom.

"I have been growing these mangoes for 30 years, and never before have my trees done this.

"By now, I should have large clumps of fruits on every tree but now the trees seem to be flowering only when they feel like it."

Malaysian Agricultural Research and Development (Mardi) Perlis director Bookheri Md Ludin said the messed-up fruiting season meant farmers would have to work harder and the yield would be smaller this year.

"The delayed harvesting is going to cause a spike in the price. We have to be fair to the farmers," he said.

Mardi's Arau station manager Othman Ismail said Perlis was the best place in Malaysia to grow Harumanis, which is an Indonesian clone famed for its unrivalled sweetness and fine texture.

"But when the heat is too much, the flowers wilt before they can be pollinated. In some old orchards we are helping to rejuvenate, there are no fruits at all."

The Harumanis mango retails in Malaysia at between RM30 and RM40 per kg.

Othman said the price would go up this year when the fruits were harvested next month but could not hazard a guess for now.