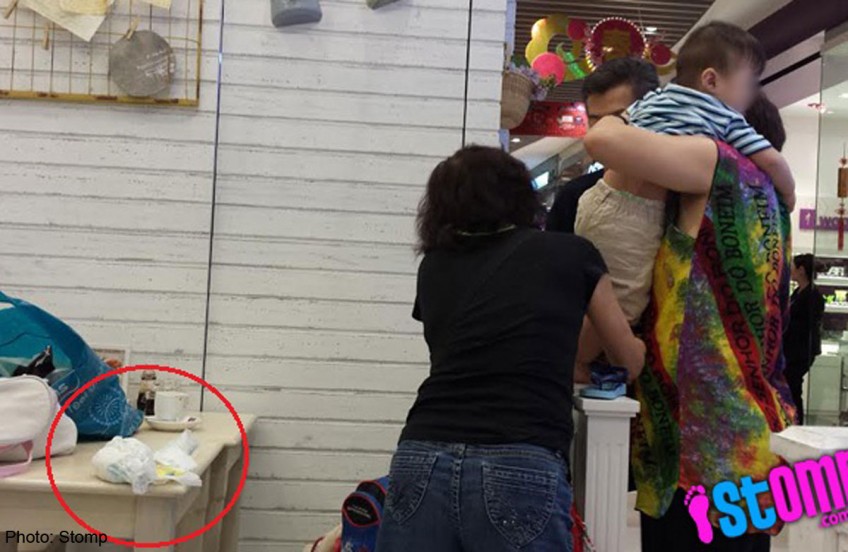 Stomp contributor R was disgusted to see a family changing their toddler's diaper yesterday at the Toast Box Cafe at Bedok Mall instead of in the toilet.

She feels that it was bad social etiquette for the family to be doing so at a place where people dine and eat, even putting the soiled diapers on the cafe's table.

"(What seems to be the grandpa and grandma) pulled down the toddler's pants and diaper, thus exposing the toddler's butt in full view of diners and shoppers, removed the soiled diapers and placed it on the table.

"They then changed new diapers for the toddler and went on their way, taking the soiled diapers along with them.

"Several people stared for a while but none commented."