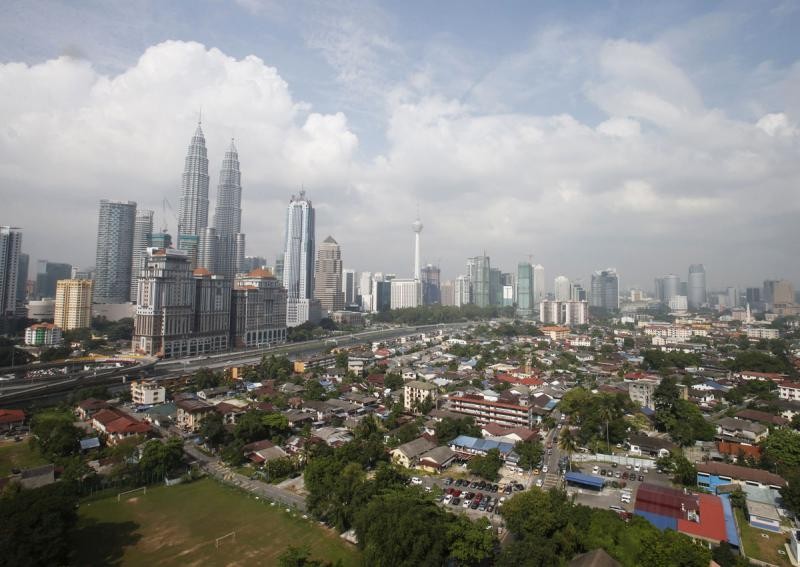 MALAYSIA could see its maiden en masse sale if owners of the first high-end condominium project in the city centre proceed with a proposal for the redevelopment of the whole property - an initiative that would allow them to realise the best price for their KLCC enclave-sited apartments, its promoters say.

As current indicative land values are RM2,000-RM3,500 (S$690- S$1,200) psf, or 2-3.5 times the last transacted price of RM960 psf (based on the unit price of RM1,250 psf transacted last year), the owners of Desa Kudalari would be able to realise the underlying value of their asset which is already more than 30 years old, said CH Williams Talhar & Wong (WTW) deputy managing director Danny Yeo.

WTW has been appointed by the majority of owners to run an expression of interest (EOI) for an en masse sale, and Mr Yeo revealed that more than 90 per cent of owners - based on the net saleable area of 245,940 sq ft - have indicated their readiness to dispose of their property.

Desa Kudalari was built in 1985 by Tan & Tan Developments Bhd. Many consider its 186 apartments on 7.35 acres (2.97 hectares) of land an exceptional oasis as towering commercial buildings now surround it.

At a media briefing on Wednesday, Mr Yeo pointed out there are many incentives for the 140 owners - some own multiple units (two own as many as seven) - to cash out.

While the freehold site has a current plot ratio of only 1:0.8 (based on net saleable area), the city structure plan has it zoned as commercial with a plot ratio of 8. Given that a number of surrounding developments have a plot ratio of 10, he observed it is "ripe for redevelopment".

Desa Kudalari is also all the more attractive to investors because a proposed KLCC East MRT station adjoining to its northwest would give the property direct underground access to KLCC. The second MRT line which is projected to be completed in 2020 would also stretch to the proposed Tun Razak Exchange and on to Bandar Malaysia, where the Kuala Lumpur-Singapore high speed rail terminus and the Kuala Lumpur International Airport (KLIA) express rail link is located.

"We think there is a compelling reason to sell," Mr Yeo said, adding WTW had already received a lot of interest from developers and funds - local and foreign. A number of Singapore builders have expressed interest and more Chinese developers are expected to emerge when it runs submissions for EOI.

WTW would allow bids at different price levels for different levels of acceptances, with bidders to assume the risks as well as to persuade owners who do not take up the offer to do so.

Unlike Singapore, Malaysia has not come up with regulations for en bloc sales and all the owners would have to agree to sell before redevelopment can proceed. Owners who are not agreeable could find themselves unable to monetise their asset for a number of years.

Desa Kudalari's pro-tem chairman for the en-masse proposal, Alan Hamzah, said most owners believe the building's effective life has been reached. "To do a refurbishment would cost a lot of money and most of us here are retirees. Maintenance costs - 45 sen psf inclusive of sinking fund - are also going up." The development is 70 per cent occupied at present, about 60 per cent by owners (30 per cent are foreigners).

Desa Kudalari - so named as it was built in the vicinity of the then race course - has seen very few transactions over the years as most owners have likely not been in need of the cash or wanted to move. About a 10th did not participate in WTW's surveys and are believed to be living overseas.

Unit sizes at the development range from about 818 sq ft to penthouses of over 3,000 sq ft.

This article was first published on April 7, 2016.
Get The Business Times for more stories.