A hike through the rain and gaining valuable life lessons 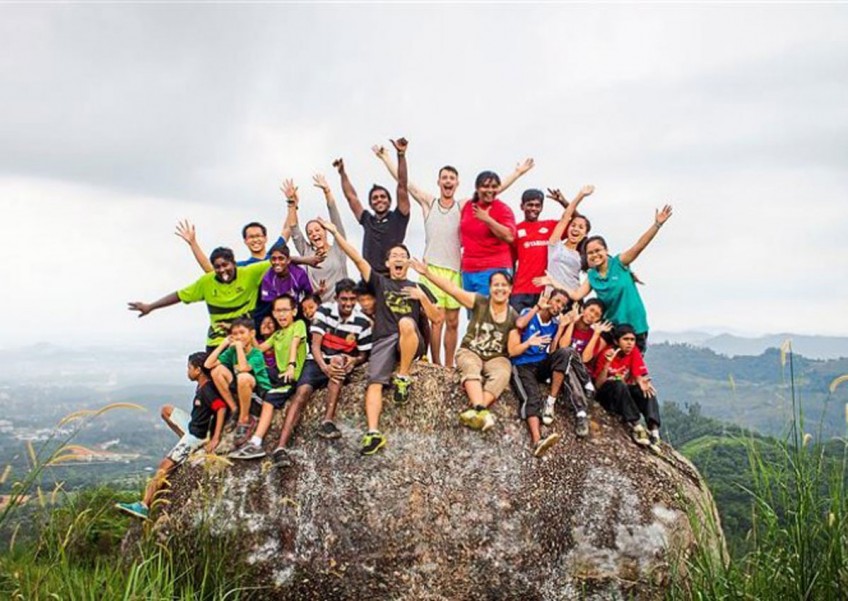 "The three great elemental sounds in nature are the sound of rain, the sound of wind in a primeval wood and the sound of the outer ocean on a beach." - Henry Beston

Rain. I didn't know rain sounded so beautiful in the jungle.

For years I had only known it as the staccato notes on the zinc awning at home, but here in the jungle it sounded like every tree was applauding my arrival to their secluded abode.

This is one of the earliest memories I have of hiking. My father, my older brother and I were climbing Gunung Angsi, halfway between Seremban and Kuala Pilah in Negri Sembilan.

It was my first exposure to a real jungle. Yes, I had grown up in oil palm plantations all over Malaysia and was accustomed to the outdoors, but the jungle isn't a place where trees are neatly planted in straight rows.

Here in the jungle, anything can happen. I would soon discover that it is a place where small and ordinary things like rain drops can be so beautifully wondrous and yet, at the same time, treacherous.

Being 11 years old at that time, I did not know how to manage my energy too well. Because of all the darting here and there, splashing through the stream and climbing up unnecessary rocks, by the time we were just halfway up, my energy was already spent. I had wanted to quit already. Or so I thought.

Then it began to rain.

"Papa," I said, after 10 minutes under my raincoat, "I want to go back already. I am so tired and hot under this raincoat. My shoes are so heavy with mud too!"

But Dad wouldn't hear of such things. "Listen to the rain," he said, "Doesn't it sound like the trees are clapping their hands?"

I listened and had to agree. All this while I had heard but not listened. Now my ears were open!

It was unlike anything I'd heard. Listening to the rain kept my mind focused, but for just a while though, and I was soon nagging my father again, this time with more whining in my voice.

Dad thought for a while and said, "Jeremy, imagine if we return home only to tell Mum that we didn't make it to the top just because you were tired. Now, would that make her proud?"

"But my legs are so tired," I whined, ignoring his question," I cannot tahan (take it) anymore."

"Okay," Dad said, with just as much determination as before, "If all of us make it to the top and back down safely, I shall give you a reward of your choice."

Believe me, that worked like a charm. We trudged on and eventually reached the summit. I remember thinking, "The only way to get my toy is to keep moving."

The return trip was a tad more interesting, to say the least. Standing at the edge of the once calm stream, I could almost see my beloved toy slipping through my grasp on the other side of the now raging river.

The river had swollen almost three times its normal size due to the rain uphill. And to make matters worse, night was approaching fast and we were shivering in our damp clothes. But there was almost no way a person could cross the raging waist-high river without being swept away.

I was almost in tears of despair, being so close and yet so far, until Dad decided that he would carry my brother and I, one by one, on his back across the swift waters.

All I could do was to pray and hold on tight. It was an adrenaline-pumping moment as Dad bravely waded through. To tell the truth, my 11-year-old mind was screaming, "We're not going to make it!"

Thankfully, the three of us got across safely and were able to make it home in one piece.

I learned a few important things from this first climb that I have found useful while tackling other mountains over the years:

1. I learned respect for Mother Nature and her forces.

2. Mountain climbing not only tests your physical fitness but also your mental strength.

3. Most importantly, to listen to the rain and simply enjoy the great outdoors.

This adventure created in me a love and passion for the outdoors and mountains.

I never knew what the jungle held for me until I took the first step. I hope my story will inspire others to start hiking and listen to Mother Nature with open ears.