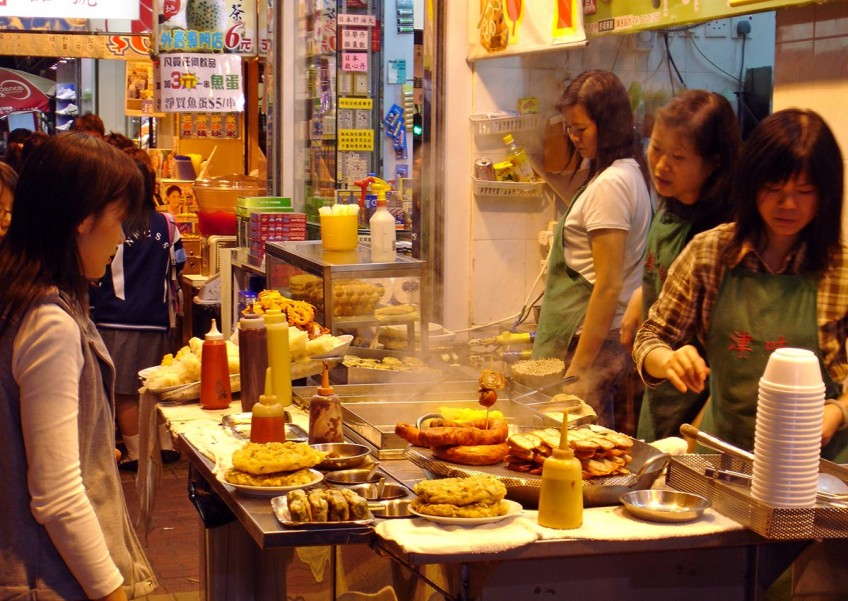 HONG KONG - Hong Kong's frills-free street food vendors have made it to this year's Michelin Guide for the first time, officials of the celebrated culinary guide said Thursday, as it released its 2016 recommendations for the southern Chinese city.

"We have included street food for the first time to reflect the local culinary scene. Street food is part of the local way of life, part of the everyday life," Michael Ellis, international director of the Michelin guide, told AFP.

From egg waffles and ginger sweet soup to pork buns and tofu puddings, many of the featured items were previously sold by hawkers who touted on food trolleys.

"Many now have fixed addresses... (and) we are able to include them in our guide," Ellies said.

Twenty three restaurants in Hong Kong were added this year, while there were 12 new entrants from neighbouring Macau, also covered by the guide.

It is the Guide's eighth edition of reviews for the two cities, home to thousands of restaurants, with 77 awarded the prestigious star ratings.

Among them, eight were granted the top three-star ratings, while 18 were given two stars and 51 restaurants got one-star ratings.

The guide grants one star for "a very good restaurant in its category", two for "excellent cooking, worth a detour", and the top three stars for "exceptional cuisine, worth a special journey".

The Michelin guide has for more than a century recommended restaurants throughout Europe and now covers countries across three continents.

But it is not without its critics who question whether the food quality of Hong Kong's cheaper restaurants can compare to ones in Europe considering the price difference.