Hougang United aim to do more for community 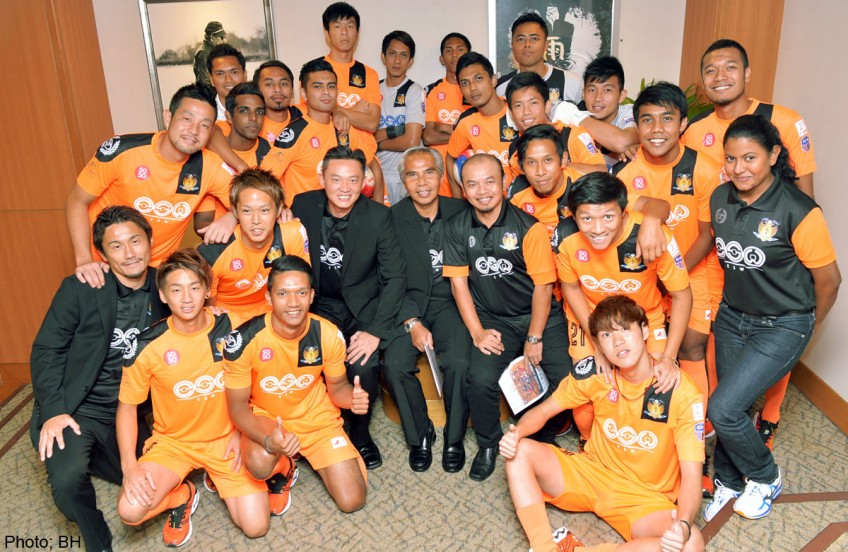 S-League team, Hougang, launching their players for the new season.

SINGAPORE - As the S.League moves into its 20th season, a local club have made a bold and unprecedented move.

At Hougang United's (HGFC) pre-season press conference at the Japanese Association yesterday, Cheetahs chairman Bill Ng told The New Paper that his club will embrace "financial freedom" for the upcoming S.League season, which starts next month.

While the club will continue to collect the annual Football Association of Singapore subsidy of around $500,000, they will donate at least the same amount back to FAS for its football development fund, especially towards youth football.

It is understood that Hougang made a profit of $450,000 last season and they aim to continue to be self-sufficient via Ng's contribution, as well as that of other sponsors.

Following their merger with Woodlands Wellington after the end of last season, Hougang could also draw on the proceeds from the jackpot machines in two clubhouses.

Candidly, Ng said: "The merging of Woodlands Wellington FC and Hougang United brings about a consolidation of strengths and resources. We want to do more in terms of donations and community work.

"The newly formed committee is ready to face the challenges of the digital era.

"Responsible budgeting has helped us achieve more financial freedom to choose what we want to do now."

With a healthy balance sheet, Ng did not dismiss the possibility of signing a marquee player, but said: "We don't buy trophies, we build for one."

Hougang vice-chairman Jeffery Sim then introduced the HGFC Scholarship, which will offer students below 18 and footballers over 21, opportunities to train abroad.

The HGFC Challenge Cup, scheduled for the S.League break in June and July, will serve as a platform to scout for deserving candidates.

The club also unveiled a $100,000 sponsorship deal by ESW Manage, as well as a partnership with Global Football Academy that has helped the club secure the services of three Japanese players - Under-19 international defender Yuki Uchiyama, midfielder Shunsuke Nakatake and forward Takahashi Manato.

The Rams' rich tradition will also not be lost with the merger.

Ng handed over a cheque of $12,000 to former national and Woodlands winger S Anthonysamy, who is paralysed from the neck down after a freak injury in a friendly against Selangor in 1996, and added that the Rams' crest will be printed on the right sleeve of the Hougang jersey.

There will also be buses ferrying fans from Woodlands Stadium to Hougang Stadium and back for every Hougang home match.

Ng, who has been Hougang chairman since 2009, then vowed to improve not just his club, but also the standard of local football as he announced that the Cheetahs have received approval to run an Under-18 Centre of Excellence this season.

"We don't agree that since this is Singapore football and not the English Premier League, we don't have to try," he said.

"At Hougang, we dare to dream."

The newly formed committee is ready to face the challenges of the digital era. - Hougang United chairman Bill Ng

This article was first published on February 07, 2015.
Get The New Paper for more stories.