How are property prices affected by new MRT stations 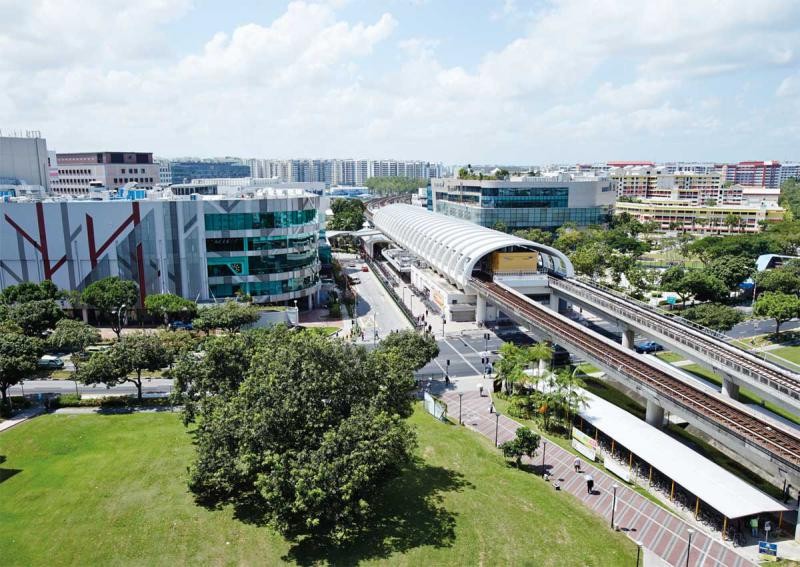 Given that each property is a unique and non-movable asset, prices at choice locations will be more resilient in an uncertain economy and will appreciate more than other assets when the economy picks up.

In the residential market context, the "location" is usually defined as the distance of the property to key employment centres, leisure amenities and educational institutes. However, the key determinant of the value of a residential property is actually its distance to key transportation nodes.

The relative value of a location varies over time, as the introduction of new transport infrastructure in the neighbourhood improves accessibility to activity centres.

This is especially so in Singapore, where the Land Transport Authority has outlined plans to double the rail network from 178 km to approximately 360 km by 2030 with the addition of the Thomson Line, Eastern Region Line, the Tuas West Extension of the East-West Line and an extension to the North-South Line.

Based on a study of properties near the Circle Line, three researchers, Diao Mi, Delon Leonard and Associate Professor Sing Tien Foo from the Department of Real Estate, School of Design and Environment at the National University of Singapore, discovered that the opening of a new urban rail line increases the value of non-landed private homes located within 600 metres of the MRT stations by 6.3 per cent.

The trio further showed that properties near interchange stations have an additional 4 per cent premium. Interestingly, the study also indicated that the announcement of the location of new stations has an insignificant impact on the values of properties close to the proposed stations.

Based on our anecdotal market observations, this is not surprising as buyers are not keen to move in during the construction phase of proposed MRT stations due to the noise, pollution and inconvenience generated.

With the upcoming MRT completions, some private developments are expected to see a price appreciation amid a weaker market. However, the impact may vary depending on the connectivity of the area, existing price levels of other developments within the vicinity and the type of properties in the area.

For instance, we expect landed homes that are very close to the proposed MRT stations to see a smaller price appreciation as their sense of privacy and exclusivity could be diminished. Based on research from Edmund Tie & Company, we have compiled a list of potential developments that may benefit from the upcoming completions. Most of the stations on the upcoming Downtown Line Stage 3 are surrounded by HDB estates, commercial developments or industrial developments, with the exception of Upper Changi Station and Bedok Reservoir Station.

The proposed Upper Changi Station is located near the existing campus of the Singapore University of Technology and Design and One World International School, and there are many private residential developments and landed properties nearby.

Based on proximity, the non-landed developments that are likely to gain most from the completion of the Downtown Line Stage 3 include Changi Court, Changi Green, Cascadale and Tropicana.

Currently, residents have to walk at least 11 minutes to Expo MRT station. The completion of the Downtown Line will reduce their travelling time to the nearest MRT station by at least six minutes.

Based on resale transactions in 2016 to date, the older units cost about S$1.6 million. Notwithstanding, the volume is thin, as sellers are trying to leverage the upcoming MRT station by asking for higher prices.

Unlike properties near the proposed Upper Changi Station, developments close to the Bedok Reservoir station are not within walking distance to any MRT station. Hence, benefits to the private developments will be greater.

The effect on price appreciation may vary across developments, as the newer developments, such as Waterfront Gold, have taken into account "the MRT effect" and was priced higher when it was launched.

We also anticipate the owners of smaller units in these developments to benefit more from the completion of the Downtown Line extension, as their units become more attractive for rental to foreign professionals working in the area.

The Thomson-East Coast Line, which will open in five stages from 2019 to 2024, is anticipated to add value to a number of private residential properties located near the proposed new MRT stops.

Most of these private residential properties are not within walking distance to any existing MRT station and residents have to rely on public buses or private cars as their main mode of transportation. Unlike the Downtown Line, it is less likely that premiums generated from the new MRT line has been fully factored into the current market prices of the impacted properties, given its later projected completion dates.

The completion of the Thomson Line is expected to benefit owners of landed homes in the Yio Chu Kang, Ang Mo Kio and Bishan areas.

The completion of the line will allow them convenient access to the town centres for shopping and leisure amenities and reduce their reliance on cars as their primary mode of transportation.

The terraces near the upcoming stations were transacted at between S$2.2 million and S$3.5 million in 2016, depending on the gross floor areas of the sites and their condition.

Prices for these landed homes have been fairly stable since 2013. These homes will attract buyers who seek landed properties for investment and also homebuyers who are upgrading from their private apartments and still need the accessibility offered by MRT stations.

While there are no local studies on how MRT stations affect the prices of landed homes, it is anticipated that the price appreciation is expected to be roughly the same as that for private non-landed homes. River Valley has been a popular place for expatriates given its vibrant night life, trendy bistros and its proximity to the main shopping area at Orchard/Scotts Road. It is also close to established schools such as River Valley Primary School and is a short drive away from the Central Business District.

With the upcoming station at Great World City, several private developments in the area are expected to see more demand.

Given that the quantum for the larger units in the area is high, their price appreciation is likely to be moderated due to a tempering of demand by the cooling measures. Notwithstanding, the upcoming MRT station will help to ease the pressures on the leasing market for the properties there.

Interest in the private developments along the East Coast line from Tanjong Rhu to Siglap Centre has always been keen due to their proximity to East Coast Park and relatively short drive to the CBD.

The area is also fairly accessible to the airport via the East Coast Parkway, making these districts a good stopover for overseas visitors from Changi Airport.

Moreover, the developments here tend to attract strong rental demand due to the character of the place. For example, the Katong area has a unique identity linked to its Peranakan roots and is bustling with a mix of modern and traditional eateries.

However, most residents in the area rely on private transport or public buses due to the absence of MRT stations nearby. With the upcoming Thomson-East Coast line, accessibility will be boosted and we anticipate that its appeal to expatriates and the international community will increase.

The smaller freehold apartments are inclined to see more sales and will benefit most from the new MRT stations. In terms of pricing, the difference between freehold and leasehold apartments with areas of less than 50 square metres is marginal at about 5 per cent. Additionally, buyers are more likely to afford such units given the lower quantum.

With the upcoming stations, the price and rent gradients of homes from the CBD to the outskirts are likely to flatten. Homebuyers and renters will have more options, and can better optimise their housing needs with their limited budget.

While the premium of being near a station is likely to be moderated with more lines completing, the number of stops from the MRT station to the CBD and the number of train transfers between lines become more critical in preserving the premium.

Additionally, the new MRT stations may increase the value of nearby properties, but their impact will be limited if there is a lack of other amenities or distinctiveness in the character of the area.

In other words, developments in River Valley and those in districts 15 (Joo Chiat, Marine Parade, Katong, Tanjong Rhu) and 16 (Bedok, Upper East Coast Road, Siglap, Bayshore) are likely to benefit the most as buyers and renters are already drawn to these areas, and have one less trade-off to consider.

This article was first published on October 6, 2016.
Get The Business Times for more stories.