How the Government can make cars more affordable for Singaporean families 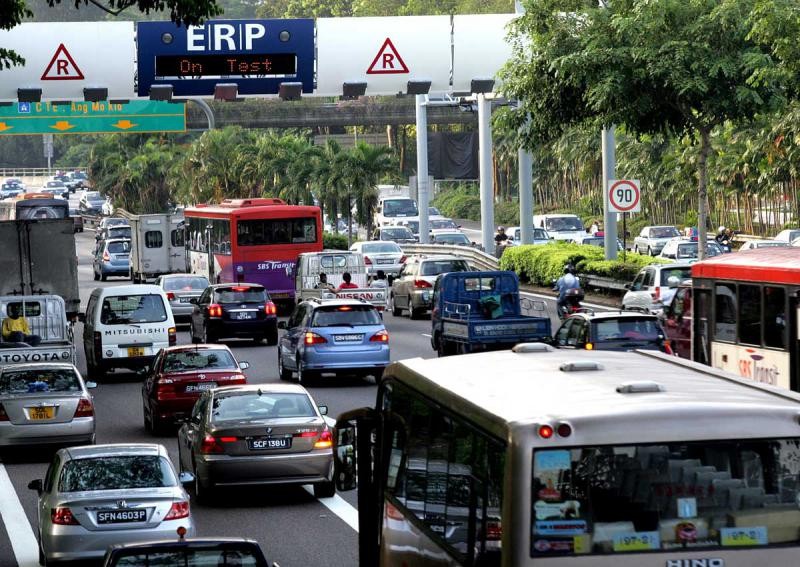 "Car-lite" is such a buzzword these days, it's starting to sound like the name of some new fad diet. Let's forget for a second that the MRT network is woefully overtaxed and breakdowns are more plentiful than secondary school students cramming for exams at McDonald's.

Even if the MRT and bus system worked perfectly, if you were a parent with two kids to pick up from childcare each day at the end of a gruelling day of work, getting around would still be a hard slog.

No matter what the authorities think about cars being status symbols for Singaporeans, let's be clear here: people want cars because, for the many who cannot see an MRT station from their living room windows, they get you from Point A to Point B way faster than public transport, do not break down on a regular basis and make moving around with a pram or a toddler in tow much less stressful.

That's what prompted this Straits Times writer to suggest that making cars more affordable for families would boost the birth rate. Many young people have cited their lack of time and stress as reasons for not having kids. Perhaps owning a car might alleviate these problems at least a little, especially for those with a long commute.

Why should the government do something about it?

To a certain extent, enabling families to own cars might alleviate some of the above and encourage them to have more kids. For a great many, travelling by car is faster than relying on public transport, especially if they live some distance from the nearest MRT station. They also do not need to fear being trapped in a stalled MRT train while their kids are left wondering why mum or dad hasn't come to pick them up yet. If couples are going to continue spending long hours at work, their commuting time needs to be shortened in order to make childrearing more attractive.

Given that the number of COEs stays the same, giving parents of young children an advantage will redistribute car ownership to favour those who can can get the most utility out of their vehicles. In a family with at least one or two kids, there is a higher chance that the car is going to be used to ferry more than one person at any given time as the parents ferry their kids to and from school or head out on family excursions over the weekend, which is better for the environment and roads than having one guy drive around all alone in his metal box.

Finally, children do not stay children forever, and by the time the 10 year COE window is up, the kids will be old enough to take public transport on their own. The parents who lose their car ownership privileges can then add to the COE supply by giving up their cars.

What can be done?

Too bad SG50 is over, because if the government had offered free cars as part of the SG50 Baby Jubilee Gift, we'd have another baby boom on our hands.

One thing the government can actually do to help families buy cars is to offer them rebates for car purchases. Think of it as a cross between the HDB housing grant and the Baby Bonus. They can then weed out the undeserving according to income level or family size. At the start, the government would probably choose to limit the grant to larger families with three or more kids.

Another alternative is to introduce a new COE category for family cars. Families without kids would likely end up having to pay higher prices since the family category would eat into their own quota. As you would expect, people are going to complain about how this system might worsen social inequality, however, as it's obvious that richer families would be able to better afford these COEs.

In addition, offering additional tax relief on car purchases to families who have a certain number of kids can serve the same purpose as the existing child relief or parenthood tax rebates.

The rules put in place in 2013 restricting the maximum car loan amount and lowering the maximum loan tenure to 5 years can make it difficult for families to buy cars. After all, these folks are already shelling out huge amounts of cash to bring up their kids, and starting a family is going to make them less likely to be able to afford cars than their child-free friends.

In all honesty, it's pretty unlikely the government is going to do any of the above. Since their response to overcrowded roads has always been to try to price people out of the car market, they would probably not want to do anything to go against that.

Does anyone remember that regrettable "Let's get on the love wagon" article the Straits Times ran which encouraged people to get it on in the back seat of their cars, all in the name of boosting the birth rate? Well, given how unaffordable cars are it's not surprising that didn't work.

This article first appeared on MoneySmart