How I was pressured into an MLM scam, and 5 must-have tips for noobs like me 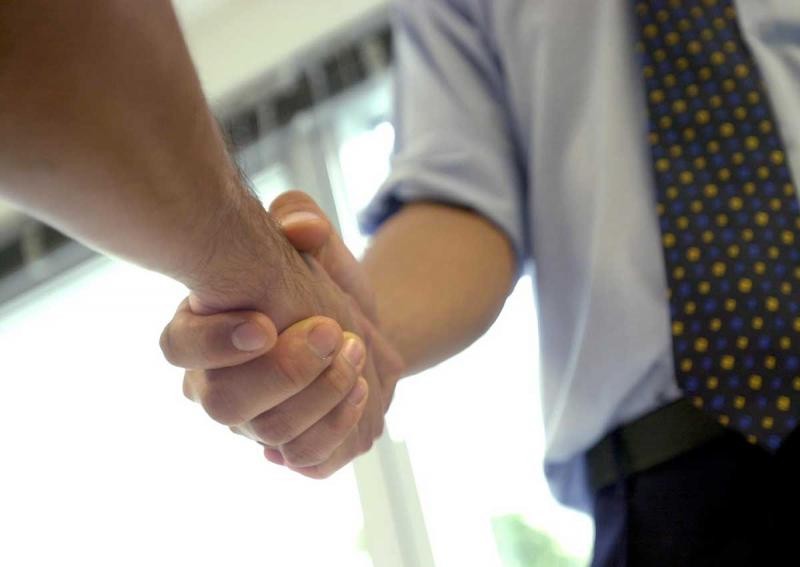 I haven't heard or seen him in months. Let's call him X. And one fine weekend last year, I received a notification on Facebook Messenger and his familiar face popped up.

That should've been hint number one for me.

I opened the chat box and saw the first line. "Hey, how have you been?" Harmless, innocent and seemingly sincere. I had no paranoia whatsoever with his intentions so I replied back with the same amicable manner. "Hey, I've been good. How about you?" The conversation sailed smoothly after that with both of us just exchanging bits of how our lives have been ever since leaving university. Back then, I hadn't thought much about it but I should have realised how he never truly delved into facts about himself and instead placed the focus on me.

Because I had mentioned I was scouting around for jobs like any other fresh graduate, X brought up this pitching and networking event that would be perfect for me to attend with him. He talked about how there would be loads of people from the industry I was interested in so I could just bring my resume and take it along from there. Seeing as he was a senior I not only admired but trusted, I agreed.

When the day of the event came, X picked me up from my house and we headed to an office building in a well established neighbourhood. Since it wasn't a shady or little known location, I didn't feel uneasy about it at all. Along the way, he continued to convince me that this was a great opportunity for me.

When we reached, we headed to the registration counter where X kindly paid my registration fee. The interior was set up in a typical seminar layout. X did mention it would be a pitching event so it made sense. There were also no posters or banners that indicated the event was anything else.

We sat at the back, where he introduced me to a few people. He only mentioned their names and a brief description of their professions.

A presentation then started with a man talking about his journey as an entrepreneur and what his current business revolves around. Like any other pitching event,it went on and on but then he delved into a topic that should have sent my red flags up-he started talking about how his curiosity on the ways of making money faster brought him to where he was.

The presentation took a massive turn.

From talking about his own business, he began his speech about how he discovered this "effective and efficient way" of getting money quickly without really needing to do much.

I glanced around and saw how everyone else seemed to be into the talk and didn't find it as strange as I did. Even X, who I had assumed would find this bizarre, was listening very attentively.

An hour passed, the man finished his speech and just when I thought it had ended, a few people went up in front and gave their testimonials on how this business had "changed their lives" and "made their bank accounts very happy", something that I could experience too with a simple registration process.

That's when I figured I was in no pitching event. I was in a multi-level marketing event.

When the presentation finally ended, the woman in front of me turned around. She transformed from a bare acquaintance into an expert of this MLM business who dumped an entire truckload of information on my stunned ears.

X kept quiet through it all. At that point, I just wanted to leave but since he wasn't planning on leaving until I had registered for this business, I was stuck. The woman, who was obviously an agent, wouldn't stop pestering me about registering and in the end, I caved in.

Many may say I made a foolish decision forking out RM100 (S$33) for something I didn't even care for but I was confused-and very alone.

After she took my money, she said that I must keep my registration a secret.

She then turned to X and asked him to "pass the forms", which he coincidentally had on hand. They watched as I filled in my details before going on about another event they were hosting a few days later.

I was still so frazzled and confused about the whole thing that I hadn't realised that only the three of us were left behind. The journey home was even worse with him talking about the business so innocently, with no remorse on manipulating my trust and feelings.

After he dropped me off, I ignored every single form of communication from him and have refused to respond to him to this day.

So what can you take from my experience and use as a lesson to avoid having something similar happening to you? I put a lot of thought into it after, and broke down what I did wrong and what I could have done to change it.

1. Find out if any mutual friends have been contacted as well.

Usually people who are involved with these MLM deals will not only contact one person, but many. Find mutual friends between the two of you and try to dig from them on whether they have been facing a similar situation as yours. If someone hasn't been in contact for a long time and suddenly tries to get in touch with a whole bunch of you, chances are, you're slowly being reeled into an MLM business.

2. Drive yourself or bring a trusted companion along.

My biggest mistake I made in this experience was that I did not personally drive myself there and had to rely on X for transport. It would be wiser if you suspect you're being invited for an MLM to drive yourself so you can easily slip away and drive off should you want to, or you could bring someone along such as an older family member or close friend just in case. Having a well-grounded person in such a situation helps to keep you steady and calm.

3. Always have an escape plan.

In my panic, I didn't think of calling a ride-sharing service like Uber or Grab to escape. Know your options and keep them in mind before going, so that even if you're flustered, you have a backup plan set in place and you can react automatically. I'm not saying to assume every incidence of an old acquaintance calling you out will be a scheme, but you should always know what you can do to help yourself if anything happens.

Because I was confused, I was pressured. And because I was pressured, I made wrong choices. In these kind of situations, it's alright to stretch the truth. If they ask you for money, say you have no cash on hand. If they ask you to perform a bank transaction, say you don't have enough funds. If they ask for your details, feel free to create random numbers and e-mail addresses. Whatever the case, don't give in so easily because after a while, if they see you're truly not interested, they will not waste their time.

5. Do not make any promises.

Never ever give them any false pretense that shows you have any interest in their MLM business. Don't say words such as "I'll think about it" or "Sounds good" if you're really not bothered about any of this. Be firm with your decision and don't bind yourself to them.

The telltale signs are usually prominent if your eyes are open to them. Be aware and be conscious. If you feel like a friend is acting rather suspicious, trust your own instincts and do what you see fit, because sometimes an innocent 'catch-up session' could mean something else entirely.