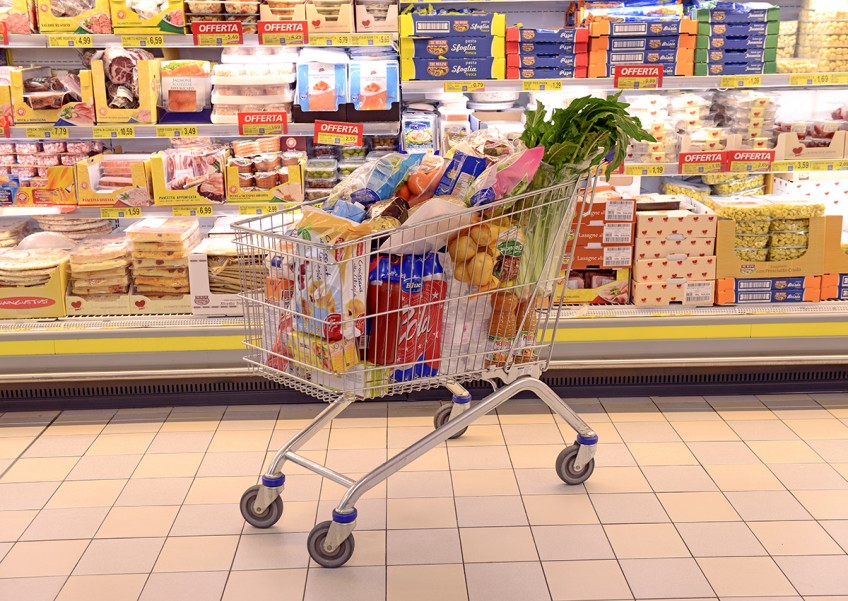 Many urban folk tend to do their grocery shopping in hypermarkets or supermarkets nowadays.

Most probably go to the same one for most of their household needs, and are as familiar with its layout as the back of their hands. They might even know exactly which shelf in which aisle usually holds their favourite products.

But have you ever wondered why the shelves and brands are arranged the way they are?

Take a minute and think back to your grocery shopping trips.

As you walk up and down the aisles, which shelves do your eyes most often end up scanning?

The vast majority of people, unless they are specifically searching for a certain brand or type of product, will end up scanning the shelves only at their eye level, typically the second and third shelves from the top in a normal supermarket.

Says University of Cambridge, United Kingdom, principal research associate Dr Giles Yeo: "Supermarkets are set up, in most countries, in really quite a typical manner."

He explains that the natural place to stop while shopping tends to be in the middle of the aisle, with the eyes naturally coming to rest on the shelves at eye level.

"Supermarkets use that, and they have their own behavioural psychologists to help them; they then decide what they want someone to buy.

"In this particular scenario, all the most expensive non-sale items are going right in the middle of the aisle at eye level," he says.

This behaviour is so prevalent that vendors actually pay to place their products on that premium shelf space in order to increase visibility, and subsequently, sales.

Another spot that commonly draws attention from shoppers and commands a price for product placement is the section at either end of the aisle.

In his book Inside the Mind of the Shopper, shopping behaviour expert Dr Herb Sorensen observes that goods placed at the ends of aisles account for up to 30 per cent of supermarket sales.

And in a study published in the May 2014 edition of the journal Social Science & Medicine, British researchers found that displaying drinks at the ends of aisles increased sales by 23.2 per cent to 113.8 per cent, depending on the type of drink.

Says Cambridge's Behaviour and Health Research Unit director Prof Dr Theresa Marteau: "We were looking at the effects of displaying at the ends of aisles and how that influenced what people purchased.

"We were looking at this in the context of drinks - non-alcoholic and alcoholic - and finding that there was indeed an uplift in sales, even if we controlled for the amount of space in the store, the price, the price promotion and the number of display locations (i.e. other factors that could affect sales).

"Just adding more prominence (by having a display at the ends of aisles) increased the likelihood that they were purchased."

She notes that while supermarkets usually place promotional items at the ends of aisles, displays of certain products - with no discounts or special offers - are often located there too.

Dr Yeo says that supermarkets also tend to adjust their layout in order to ensure that shoppers pay attention to the items on display.

"There is the additional problem of when you get into the habit of going to a certain supermarket and you know exactly where all the things are.

"The moment that happens, you stop looking at stuff because you know exactly where you are going, which is why supermarkets have to change their display every month or so.

"Nothing confusing - they won't change the meat section, but they will change, for example, where they put the mushrooms, to make sure that you continue to be 'excited' about shopping and look around you."

Other strategies supermarkets employ include:

- Putting the cheaper and bulk items on the lowest shelves, as people who really want them will purposely look for them.

- Placing products targeted at kids on the lower shelves at their eye level, so that they can see them easily (and pester their parents to buy them).

- Locating the fruits and vegetables right at the entrance as it gives colour and an impression of freshness in order to encourage the shopping mood.

Hypermarkets tend to do this the other way around, placing the fruits and vegetables at the furthest point from the entrance.

This is because they assume customers are there for their weekly or monthly grocery run, and want to make them walk through the entire store to get to these essential foods, and hopefully, pick up other things along the way.

Their entrance displays are usually current sale items, which both increases the convenience for shoppers who are more likely to go to hypermarkets for the lower prices, and puts shoppers in a good mood by giving them a "bargain" early on in the shopping experience, so that they are more amenable to impulse buys as they proceed through the store.

- Locating the bakery and/or deli near the front so that those nice baking or cooking smells entice shoppers in to have a bite and shop more.

- Placing grocery staples like meat, fish, eggs and bread at the back so that shoppers have to walk through the supermarket (and see more products) to get them.

- Giving out loyalty cards, which not only keep shoppers coming back, but also enables the store to track what shoppers buy.

- Playing slow-tempo music, which influences shoppers to move more slowly and spend more time in the shop. (Fast music does the opposite.)

The last strategy is particularly relevant to the obesity problem, as it not only promotes the consumption of extra, empty calories, but has also spread to shops that do not primarily sell food.

In the UK, customer pressure has successfully led to the removal of sugary items from the checkouts of Tesco, Lidl and Morisson supermarkets.

She says: "We did a little survey actually, and found that 15 per cent of non-food shops in a big shopping centre (England's Intu MetroCentre, one of the largest shopping centres in Europe) had sweets at the checkout, and most of it was unhealthy, so it's hard to make a good choice."

Her colleague and fellow investigator, Cedar Dietary Behaviours and Public Health Interventions lead Prof Dr Martin White, adds that these sweets at the checkout also tended to be on offer and sold below the counter at child height.

"One of our researchers is a mother with two small children, and she was really outraged that she was in a children's clothing store and got pestered to buy sweets," he shares.

"I'd be really surprised if that clothing store was to say that they had introduced the sweets by customer demand; I think it is so unlikely to have happened.

"I do not think parents with young children would have gone to the clothing store and said, why don't you sell sweets at the checkout? It is so implausible.

"The only conclusion you can come to is that either the store itself thought that it could be really profitable to sell sweets, or the food company went to them and said, we think we could come to a mutually beneficial agreement that is good for us and good for you.

"And I think that is what happened, because they (sweets at the checkout) appeared in so many different stores around the same time."

This is not just a problem in the UK. A survey done in Washington DC, United States, by the non-profit Center for Science in the Public Interest (CSPI) in July 2014 found that 86 per cent of non-food shops sold food and/or drinks at their checkout.

These shops ranged from hardware shops to bookshops and toy shops.

Ninety per cent of the food items were unhealthy, with sweets being the most common item sold, followed by chewing gum, energy bars, chips and cookies, while 60 per cent of the drinks were soft drinks and other sugary beverages.

A report called Temptation at Checkout published last August by CSPI notes that food and drinks displayed at checkouts promote impulse buying because:

- Every shopper has to pass through the checkout if they buy something;

- Research has shown that just seeing an item can activate the urge to consume it, regardless of whether you are hungry or not; and,

- By the time you reach the checkout, your willpower has worn down after making several decisions while going through the shop, and you are more likely to give in to your impulses.

Tan Shiow Chin was a 2015 Khazanah-Wolfson Press Fellow at Wolfson College, University of Cambridge. This article is part of a series from her fellowship project on the subconscious cues that influence us to eat more and unhealthily. Her next article will be on takeaways.