This is how you make iced tea - Thailand style 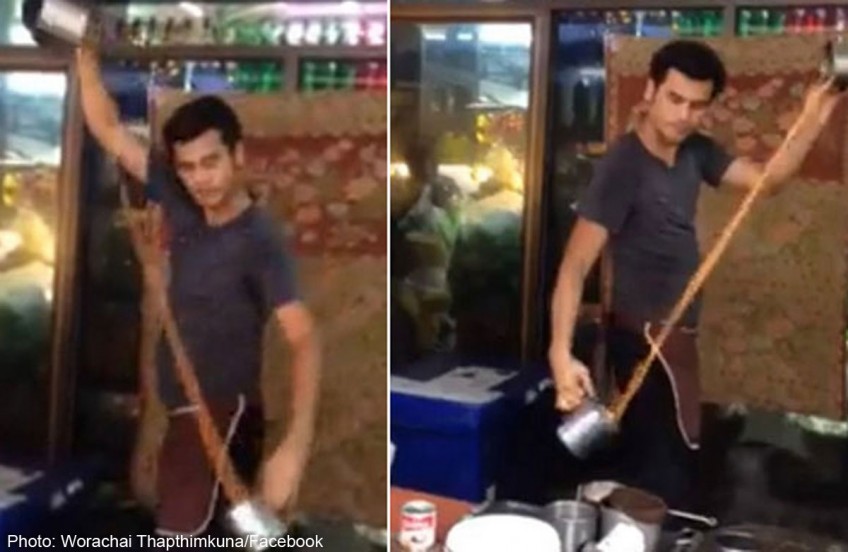 A Thai drinks seller stunned customers when he showed them his special way of spinning on the spot to make iced tea.

In a video posted on Facebook, it showed the young drinks seller preparing iced tea for his customers.

At first, it didn't seem he was going to display any special moves as he chatted away with customers.

After the ingredients were added, the young man started to "pull" the iced tea.

As he "pulled" the beverage, he suddenly threw the liquid, which was split in two cans, a few times over his head and behind his back.

The most amazing part -- the young man did all these quick movements while spinning smoothly on the spot like a ballerina.

His swift performance shocked his customers so much that they were speechless even after he was done.

In the end, the Thai seller cracked a joke, asking for his applause and the customers broke out in laughter and cheers.

Post by Worachai Thapthimkuna.
food
SUBSCRIBE TO OUR NEWSLETTER
Your daily good stuff - AsiaOne stories delivered straight to your inbox