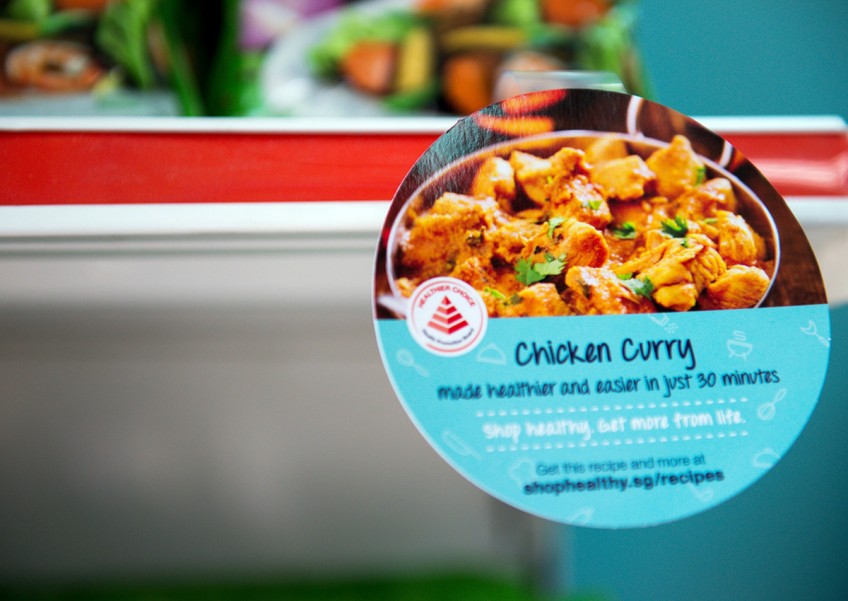 Eating healthily can be tough in a foodie's paradise like Singapore but the Health Promotion Board (HPB) has set out to make it easier.

The agency has been using "nudges" to encourage Singaporeans to pick healthier food options, when eating out and also at home.

To combat this, HPB has implemented a range of behavioural intervention programmes aimed at promoting healthy eating and increasing physical activity.

One of these is the Healthier Dining Programme, which was launched in 2014 and gives incentives to restaurants that offer 500-calorie meals.

Consumers are "nudged" towards choosing these meal options, which are identified with a Healthier Choice Symbol on menus.

Since menus are often cluttered and can contribute to decision fatigue, "especially when the consumer is feeling tired and hungry", promotions and vouchers are also used as incentives.

More than 1,500 food and beverage outlets are involved in the scheme, including restaurants, cafes, kiosks and caterers, and food courts and hawker stalls.

About 1.1 million healthier meals were sold in September last year, double the number of such meals sold when the programme was launched in June 2014.

This article was first published on January 9, 2016.
Get a copy of The Straits Times or go to straitstimes.com for more stories.