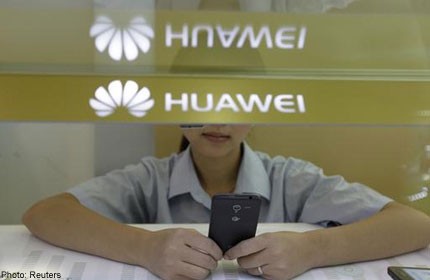 China communications giant Huawei Technologies has been chosen as a main technological supplier for three main mobile operators in Myanmar despite US warnings over cyber security.

The other license winner Ooredoo hasn't announced the name of it's supplier company yet but are currently also negotiating with Huawei.

"We have chosen the name of supplier company roughly but we will announce the name next week," said Soe Thura, Ooredoo's media representative.

The US Congress expressed their concerns in 2012 over cyber security after intelligence agencies and security companies traced web attacks to China because of links between Chinese government and Huawei. They asked the government not to allow the company communications contracts because of national security risks.

Just last year, Australia banned the company from bidding for its national broadband fibre network because of security concerns.

Huawei has since denied that it poses any security threat.

"Now parliament is discussing the telecommunication by-law we must protect the security with what we can. If the companies are posing a threat to the security of the nation, we should oppose doing business with untrustworthy companies," said MP Myint Thein, a member of Reform and Development Scrutinising Committee.