Human security more important than ever 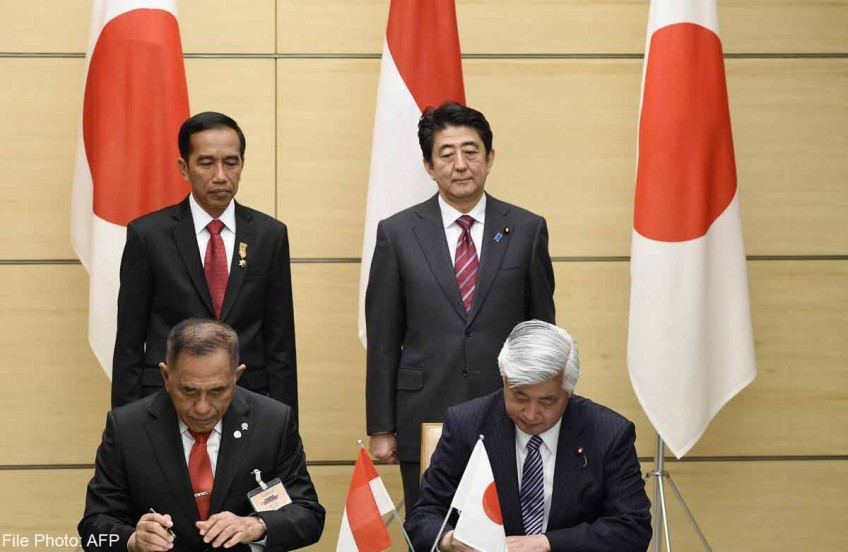 JAPAN - There is a notion called "human security." The concept has often been referred to, but some readers may find the term somewhat vague.

In February, the Cabinet adopted the Development Cooperation Charter, the fundamental policy paper for Japan's future official development assistance (ODA). The charter stipulates that human security is the "guiding principle" of Japan's development co-operation. The National Security Strategy, set forth by the Cabinet in December 2013, also reaffirms the importance of ensuring human security.

Likewise, in recent years, it has become common for our prime minister to emphasise in each of his addresses at the UN General Assembly that furthering human security is the bedrock of Japanese policy.

However, some questions about human security perhaps remain unanswered. What is it all about? Why is the word security - a concept that usually evokes military factors - linked with the word human? Can't the importance of the security of a state be diluted when the word human and the word security are merged together? Why does the concept now have to be incorporated into the principles of our country's policy in the first place?

First and foremost, we need to make it clear that security does not mean a safe state of affairs attainable by military means alone. The Latin word "securitas" means the state of being free from care.

"National security" is a term that emerged during the Cold War. People were exposed to and so horrified by the menace of nuclear weapons that they began thinking beyond the traditional concept of "defence" as they found defence alone would not make them free from care. In this connection, it is useful to remember how we refer to measures and institutions in domestic society to secure people's welfare - "social security."

Second, why and when was the word human coupled with the word security? The end of the Cold War - a historic change - was behind the coinage of the term. As the danger of nuclear warfare between the superpowers receded, the world witnessed the proliferation of civil strife in various places. Such internal wars led to atrocious massacres, causing mass exoduses of refugees.

All those developments increasingly made people think that policies focused on conventional warfare between states and national security would no longer be sufficient to ensure the security of the people. Against this historical background, the United Nations published the Human Development Report 1994, introducing the concept of "human security" for the first time.

Third, placing much emphasis on the importance of human security does not dilute the importance of national security. Since the UN Human Development Report was released in 1994, the concept of human security has been defined as "freedom from fear and want," and therefore a state that ensures the inherent dignity of individual human beings. In other words, it is a state in which people can be assured of survival, a livelihood and personal fulfillment.

If this is the case, it is above all the fundamental duty of a responsible sovereign state to ensure human security. In this context, there can be no question about ensuring the security of a sovereign state - Japan in our case - to maintain the existence of the responsible country.

This is why, in general terms, human security is now considered as important as national security. So are there particular reasons why human security has to be emphasised as the guiding principle for Japan's development co-operation policy today - in 2015?

The first reason is the unabated acceleration of globalisation or worldwide interdependence among countries. Nowadays both the human security of individuals in Japan and the national security of Japan as a sovereign state are closely and increasingly interrelated with the prevailing state of affairs elsewhere in the world.

For Japanese expatriates living in various parts of the world, the threat from the terrorist group now controlling parts of Syria and Iraq, infectious diseases such as Ebola, and natural calamities such as super-typhoons or cyclones and devastating tsunamis are "human security" issues that may directly affect them. This means Japan has to extend international co-operation to various countries in the world to strengthen human security in those places. Otherwise, the human security of Japanese people at home and abroad, and the national security of Japan, will be at risk.

The second reason is the importance for Japan - a country that has a history of giving exclusive priority to nonmilitary contributions to the rest of the world - to gear up to utilize its own strengths in nonmilitary co-operation to help promote human security in various parts of the world. It goes without saying that there are various threats to human security. There is little Japan can directly do for other countries in military terms to cope with civil wars or terrorist attacks.

However, Japan has a track record of building and improving socioeconomic infrastructure to help make countries less prone to civil strife or terrorist rampages. It has undertaken such cooperative projects in Cambodia, East Timor and Mindanao in the Philippines. Some have already been successfully completed while others are still underway.

The most common human security threats are natural disasters, an area where Japan can fully utilize the highest level of experience in dealing with them. On March 14-18, Japan hosted the third UN World Conference on Disaster Risk Reduction in Sendai, in which various organisations, public and private, showcased the country's advanced human security capabilities.

The third reason is the fact that Japan is now well positioned to contribute to the world to enhance human security in intellectual terms. Human security-related operations overseas are often handled vertically with each national and international organisation working on its own with little horizontal co-operation with other competent entities. Silos of humanitarian assistance to civil war-torn countries, postdisaster reconstruction support, emergency measures to contain infectious diseases, establishment of general public health systems, development of transportation systems, and energy supply systems are often operating without much coordination among themselves.

If the concept of human security is taken into consideration in carrying out the above mentioned operations, more integrated and comprehensive approaches to those in distress and need can be carried out. A number of Japanese universities and research institutes have departments specialising in human security. I am sure Japan can propose new human security initiatives in an interdisciplinary manner to the international community.

The fourth and last reason is the necessity to think of human security in Japan from the perspective of international co-operation. Japan is one of the world's most advanced countries in terms of human security, but human security threats often exceed the capability of a single country to handle. The Great East Japan Earthquake of March 11, 2011, is a typical case - even Japan, the third-largest economy in the world, was unable to prevent catastrophic damage. We need to remember again how much people from every corner of the world helped us both physically and mentally after the disaster. Indeed, the more we continue our efforts to help ensure human security in the world, the more secure the people of Japan will become.

In a paragraph stating the objective of development co-operation, the Development Cooperation Charter quotes a sentence in the preamble of the Constitution: Japan recognises that "all peoples of the world have the right to live in peace, free from fear and want." When the Constitution was established in 1946, the concept of human security did not exist. But being free from fear and want, as written in the supreme law, is the foundation of human security. As we now live in the 21st century, we should actively promote Japan's development co-operation activities by going back to the spirit of the preamble of the Constitution. The concept of human security lies at the foundation of the new ODA Charter.

Born in 1954, Tanaka is president of the Japan International Cooperation Agency (JICA). He served as vice president of the University of Tokyo from 2009 to 2012 and prior to that was professor of international politics at the university's Institute for Advanced Studies on Asia. He has published numerous books, including "Wado Poritikkusu" (Word Politics), for which he won the 2001 Yomiuri Yoshino Sakuzo Award.