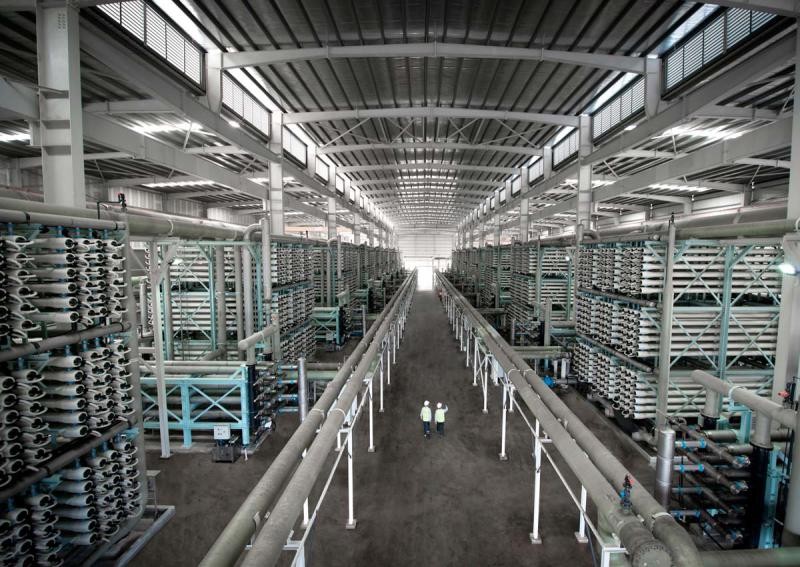 Water treatment firm Hyflux has launched an offer for up to $300 million in perpetual capital securities, paying out 6 per cent a year.

The bulk of the perpetuals - up to $230 million - will be offered to the public, the group announced yesterday.

Of the remaining, up to $20 million will be offered to directors, management and employees of Hyflux and its units, and up to $50 million will be set aside in placement to institutional and other investors.

Hyflux said that if the public and placement tranches are oversubscribed, it may increase the offering to a maximum of $500 million.

The distributions will be payable semi-annually in arrears on May 27 and Nov 27 of each year, with the first payment scheduled to be made on Nov 27 this year.

On or after the May 2020 payment, however, the 6 per cent distribution rate may be reset to a rate that is the sum of the four-year swap offer rate (SOR) on the relevant reset date, the initial spread of 4.2 per cent a year and the step-up margin of 2 per cent a year, added the group.

Currently, the four-year SOR is 1.8 per cent. If it remains the same in May 2020, the perpetual securities will pay 8 per cent a year.

The rest will go towards paying for expenses incurred by the offer and for "general corporate purposes", including the repayment or refinancing of existing borrowings.

Applications for the public offer securities and the placement securities open from today until noon on May 25. The securities are expected to be issued on May 27 and to commence trading on May 30.

OCBC Bank Credit Research analysts told The Straits Times that Hyflux's existing preference shares were issued at 6 per cent in 2011 when "its leverage was lower and credit metrics better - so it's arguable if a 6 per cent coupon today for a more leveraged company is a good deal".

They added: "Perpetual prices are heavily influenced by interest rate risk, so if interest rates rise, then the price of the perpetual could fall."

Hyflux's offer follows closely that of Mapletree Logistics Trust, which said on Monday that it plans to issue $250 million in fixed-rate perpetual securities at a distribution rate of 4.18 per cent a year.

This article was first published on May 18, 2016.
Get a copy of The Straits Times or go to straitstimes.com for more stories.