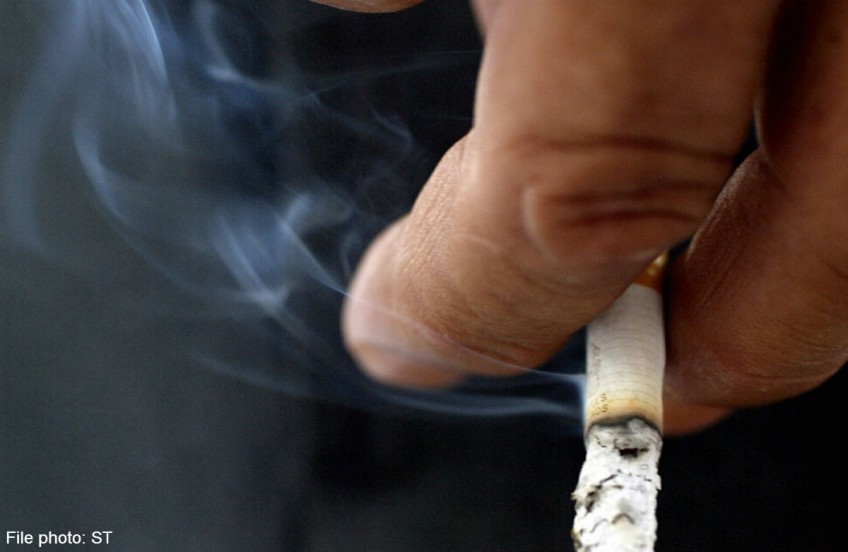 SINGAPORE - Out of sight, out of mind. This was the approach proposed by oncologist Koong Heng Nung in 2010, which has steadily gained the support of schools here.

More have joined the movement to deny access to tobacco for those born after the year 2000, as suggested by Associate Professor Koong four years ago.

Some 150 students from 14 schools gathered at CHIJ Secondary School yesterday for the annual Tobacco Free Generation 2000 Youth Summit, where they came up with ideas to stub out cigarettes totally for future generations. Last year, just 70 students from eight schools signed up.

Smoking among teenagers has been an issue that Singapore has been grappling with. A 2006 Student Health Survey by the Health Promotion Board found that the median age for picking up the habit was just 12 years. A similar survey that polled some 3,000 secondary school students in 2009 found that six per cent had smoked one cigarette in the last 30 days.

Dr Koong, 50, believes the key lies in prevention rather than betting on smokers to quit. Picking the year 2000 was his way of indicating that smoking is a phenomenon of the last century.

The problem with the current tobacco restriction by age - under which people are allowed to buy cigarettes only at 18 and above - is that there will always be new smokers, said Dr Koong. "It does not solve the problem because there is always input," he said.

Hence, he wants to create an environment where there is enough education on the ills of tobacco among the young, to a point where they will promote the message among themselves and decide not to smoke.

Marine Parade GRC MP Fatimah Lateef, who was guest of honour at the summit, said reaching out to the millennium babies is a good start in empowering them to spread the message, especially to those younger than them.

While turning this proposal into law is not on the cards yet, Associate Professor Fatimah does not rule this out and hopes this could happen in the next two to three years.

"We are not ready to be there yet, we need to get the ground-up framework in place. The critical mass will be very important as well, but we also cannot delay for too long," she said.

Prof Fatimah added that the next step would be to get more institutions on board, followed by ministries and statutory boards.

The message of having a tobacco-free Singapore has already been adopted by CHIJ Secondary into its curriculum. Since 2012, the school has had its Secondary 3 students go through a few lessons per year on tobacco control, and one student even had a letter on the impact of smoking published in a newspaper.

However, anti-smoking advocate Philip Eng said education cannot be the only way, and that there needs to be higher tobacco taxes. He said this will be particularly effective among the young, because smoking is an affordability issue.

Another way is to limit access by disallowing over-the-counter sales of tobacco, said the respiratory physician at Mount Elizabeth Hospital.