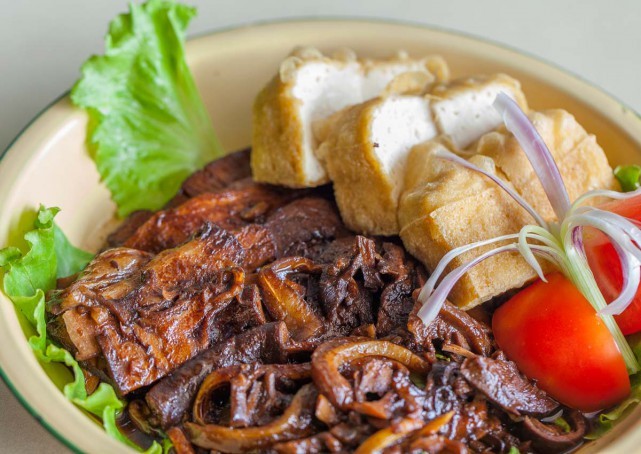 After three years in Joo Chiat Road, Immigrants Gastrobar is closing and will serve its last meal on Aug 31.

Popular Eurasian chef Damian D'Silva, 59, whose previous ventures include the now-defunct Soul Kitchen and Big D's Grill, is head of the kitchen at the restaurant and runs it with two partners.

They are Mr Michael Tay, 56, the former Singapore ambassador to Russia who currently runs non-profit organisation Foundation for the Arts and Social Enterprise, and Ms Chioh Eeling, 36, who used to handle the marketing for Immigrants and now runs a Kindermusik Studio at United Square teaching music and movement classes to children.

The restaurant serves dishes from the Chinese, Eurasian, Indian, Malay and Peranakan communities, some of them labour-intensive and not served in other restaurants.

Chef D'Silva makes them from scratch and has a story to tell about each dish. To go with the food, there are craft beers, wines from boutique vineyards and whiskies.

Mr Tay says: "We believe that Immigrants has done what it set out to do, which was to be a platform to re-educate and reignite the public's imagination about the importance of recovering the lost dishes of our forefathers and the flavours that made our street food iconic.

"We feel that Immigrants has to evolve, to take a different path in engaging the local food scene. We have proven that the brand is viable."

He would not disclose further plans for the company, only saying that it will "explore new concepts and variations of the same mission" in the next phase. It is also unclear what chef D'Silva's plans are after Immigrants shuts down.

His pop-up stall selling Asian-style mini-burgers, called South East Sliders, has been gaining a following and was slated to open at the new Pasarbella in Suntec City next month. However, he tells Life that he is not opening there after all, due to "other commitments".

For the last days of Immigrants, he will be whipping up a special menu of the restaurant's signature dishes.

The meal is priced at $50 a person, with a minimum of at least 10 people to dine.

All proceeds from the sale of alcohol will be donated to the Foundation for the Arts and Social Enterprise, which develops arts projects and social enterprise initiatives.

This article was first published on August 22, 2015.
Get a copy of The Straits Times or go to straitstimes.com for more stories.