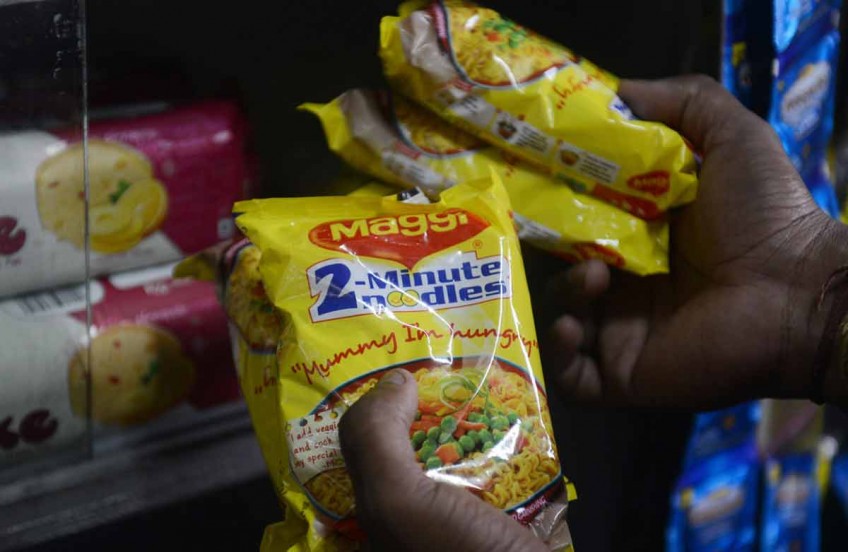 From college students taking a break for a midnight snack during long hours of study, to soldiers braving the icy winds of Kashmir, to harried housewives putting together a quick meal for their families, Maggi noodles have become during the past decades an indispensable part of "fast food" in India.

So when a government lab in the northern state of Uttar Pradesh found last month that samples of Maggi it tested had more than the acceptable levels of lead and flavouring agent mono sodium glutamate (MSG), it came as a shock to a whole body of Indians.

Their faith in the safety of a leading brand from a large multinational company was shaken. The most popular of Nestle's many brands of sauces and milk products, Maggi "two-minute noodles" was a byword for modern convenience fast food.

The top brass at the company felt compelled to host a press conference where the safety of the product was reiterated. But food testing labs in nine states found that safety norms had been violated, while in another seven states tests are going on.

The country's food regulator, Food Safety and Standards Authority of India, was categorical in its assessment. "It is clear from the reports received from various states that there is overwhelming evidence of the said food products being unsafe and hazardous for human consumption," it said.

The lead found in most of the samples tested was well above the maximum permissible level of 2.5 part per million (ppm), and short-term exposure to high levels of lead can cause brain damage, paralysis, anaemia and gastrointestinal symptoms, the regulator noted.

Long-term exposure can cause damage to the kidneys, reproductive and immune systems, in addition to effects on the nervous system.

MSG, a widely used flavouring agent, is also problematic. Researchers have established that MSG is often linked with rising obesity rates and inflammation within the body, particularly the liver. The Indian furore has had international repercussions, with the UK's Food Standards Agency requesting tests on Maggi noodles and the European Commission likely to investigate reports of high lead levels.

This article was first published on June 18, 2015.
Get The Business Times for more stories.