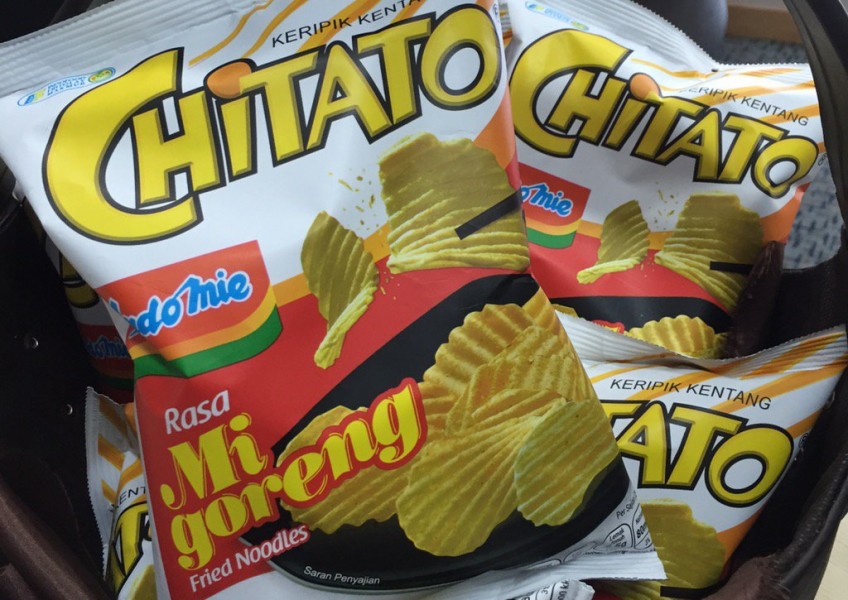 Fans of Indomie's Mi Goreng instant noodles have a new offering to look forward to as the popular range is apparently going to become a potato chip flavour.

Axton Salim, director of Indofood, which produces Indomie, tweeted a photo of the chips on Monday (Jan 25), hinting that the limited edition product would be hitting the shelves before long.

"New limited ed @indomie x @chitato out of factory for my bday (birthday). Teased much? :) Coming to a store near you real soon," the tweet read.

"That is the initial production of the new Chitato product, but it is not yet on the market," Mr Indrayana was quoted as saying.

It seems like this latest snack is highly anticipated, based on the number of article shares on Coconuts Jakarta. The article itself has been shared over 5,000 times since it was published yesterday, while a Facebook post of the article has garnered over 200 shares.

A number of us in the office can't wait to get our hands on a packet but it is not confirmed if the product will be available in Singapore.