Indonesia defends use of death penalty for drug trafficking 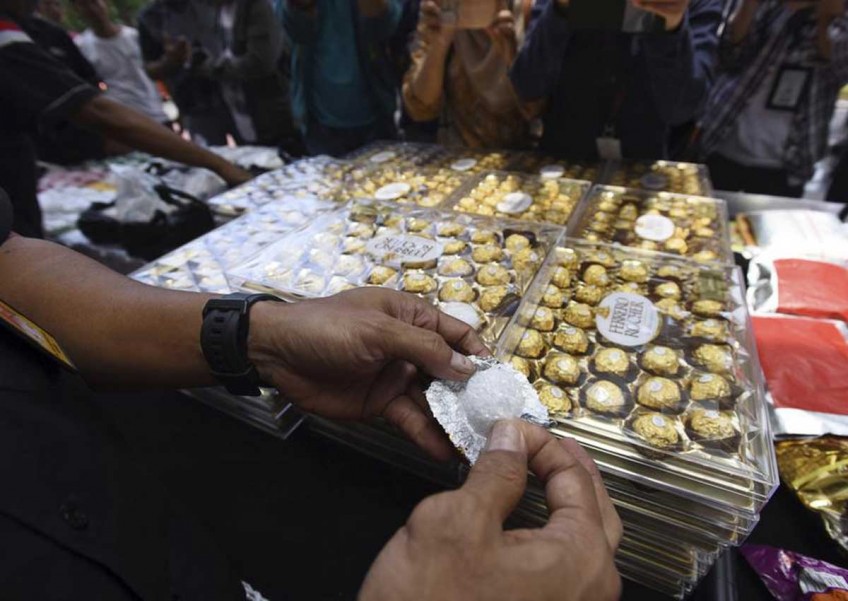 Police show crystal methamphetamine packaged as boxes of chocolate to journalists following a drug trafficking operation worth of various narcotics at police headquarters in Jakarta.

JAKARTA - Indonesia on Friday defended its use of the death penalty for drug traffickers, just days after its representative was jeered at a U.N. narcotics conference, citing a steep rise in demand and consumption in Southeast Asia's most populous country.

Indonesia has faced widespread international criticism for its use of capital punishment, most recently for the high-profile executions of foreign drug traffickers, despite repeated pleas for mercy from governments and international activists.

"Indonesia and like-minded countries ... face diverse challenges in handling drugs and the death penalty is one of the options based on sovereignty of the law in each country," the foreign ministry said in a statement.

Indonesia's representative at the U.N. conference drew criticism when he defended the use of capital punishment for drug offences, saying it was for individual countries to decide for themselves.

Indonesian President Joko Widodo has declared a "drug emergency" in the country of 250 million, calling the rising flow of narcotics as serious a security threat as militancy.