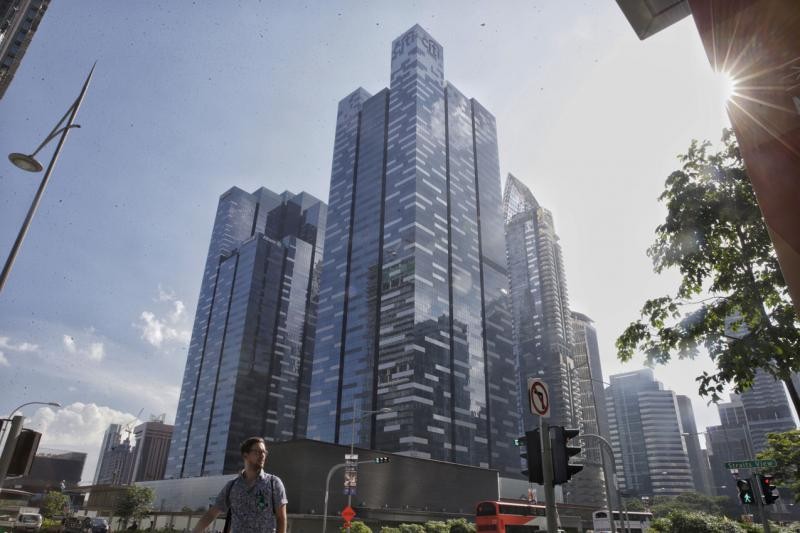 The blockbuster deal for Asia Square Tower 1 in Marina Bay and a record offer for the Straits Trading Building in Battery Road in the span of a week have suddenly perked up interest in the lacklustre office property market.

Analysts told The Straits Times yesterday that news of these deals will likely prompt investors to review other commercial assets on the market.

Mr Shaun Poh, Cushman & Wakefield's executive director of capital markets, said: "Whether it will translate to actual sales, and at what price, will depend on the returns requirement of the investor.

"I believe potential buyers will want to take another look at the opportunities out there as the stock available for sale goes down."

Prominent assets like the One George Street building, Wilkie Edge near Selegie Road, Tower 15 at Hoe Chiang Road and the former SIA Building at 77 Robinson Road are just some properties said to be up for sale.

There is also the prospect of the office and retail component in Asia Square Tower 2, also owned by BlackRock, coming on the market.

Mr John Saunders, head of Apac for BlackRock Real Estate, noted: "At some point we will be a seller, but we don't have a set date in mind yet for Tower 2, which is finishing off the last of the leasing first. We will have a look then."

The space from level 32 to 46 in Tower 2 occupied by The Westin Singapore was sold by BlackRock in 2013 to Japan-based property developer and investor Daisho Group for $468 million.

Although investor interest for prime assets may rise due to the recent deals, some market watchers believe it is unlikely to cause a big revival in sales.

"More office building owners may be holding the dream of cashing out, but... the reality is that office rentals are currently on the softer side and expected to weaken further," said R'ST Research director Ong Kah Seng.

He added that the office market will remain challenging, weighed down by rising office supply, weaker tenant demand and higher vacancies.

A Chestertons report noted that average monthly rents for Grade A offices in the central business district fell from the fourth quarter last year to the first quarter of this year by 0.8 per cent to $9.26 psf.

"Office rents are under pressure due to the new supply coming into the market. This year, there'll be about 4 million sq ft of office space that will be completed," Chestertons managing director Donald Han said.

New office supply is expected to peak in the next two years, and some projects due to be completed this year include DUO, Marina One and Guoco Tower.

This article was first published on June 9, 2016.
Get a copy of The Straits Times or go to straitstimes.com for more stories.