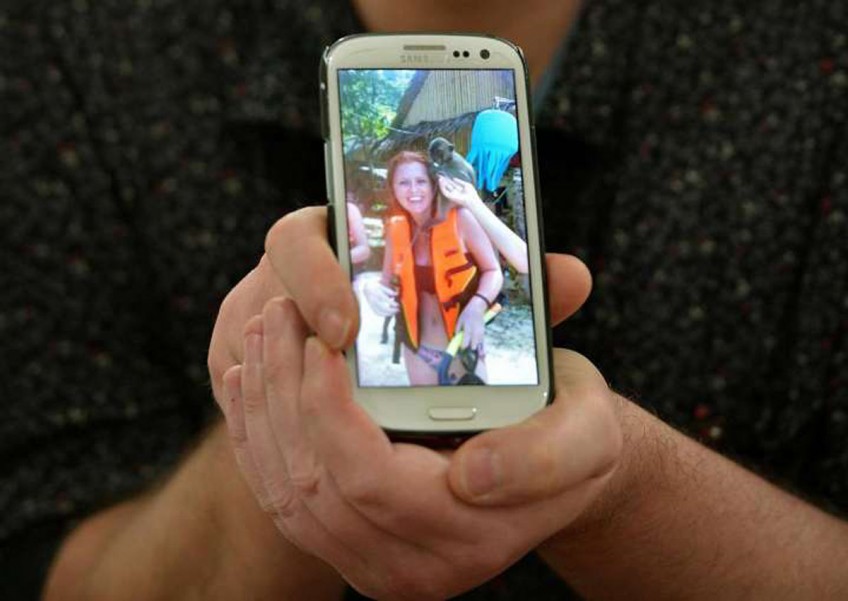 An Irish physiotherapist who spent a year working in Singapore harboured dreams of travelling around the world, but never got to complete her quest.

The 22-year-old was on a trekking holiday to Mount Bromo, Indonesia, when she was found lying in the shower at a hostel 2,300m above sea level.

The physiotherapist at Bright Vision Hospital at Lorong Napiri had planned to save up money and read medicine at Edinburgh University after she completed a two-year stint here.

Since her death, family and friends of the Gaelic football player have been trying to fulfil her dreams of travelling the globe, by taking her orange jersey with them on their trips.

Over 70 travellers have taken it to famous tourist attractions to celebrate Ms Orsi's life.

Among them was Irish teacher Fionnuala Crabtree, 23, who had known Ms Orsi for nearly a decade since they were in their early teens.

"Lisa had a special quality that just lit up any room," said Ms Crabtree, who is based in Italy. "I miss that lovely smiling face, I miss her daily updates of her adventures."

Earlier this year, Ms Crabtree, who received the football top from Ms Orsi's family last year, took it to Milan. "This shirt reminds people to go out and live life like she did, to reach for your dreams," she said.

"Lisa's dream was to travel the world and through this, she will, by inspiring others to do so."

"I remember when we were in school, we would talk about travelling and seeing the world before we settle down, and Lisa stuck to her word. She grabbed every opportunity that came her way," said Ms Mcguinness, 24.

A Facebook page, named Take Lisa with You, features photographs of travellers taking Ms Orsi's jersey with them around the world, to destinations such as the United States, Dubai, New Zealand and Vietnam. The page, which was set up last September, has more than 1,300 followers .

Ms Orsi's brother Jonathan, 25, told The Sunday Times: "We wanted to get a way to keep Lisa travelling, so in a way she could see the world. We love seeing new posts as it gives us a glimpse of joy that Lisa is still travelling."