Is it time to lift property curbs? 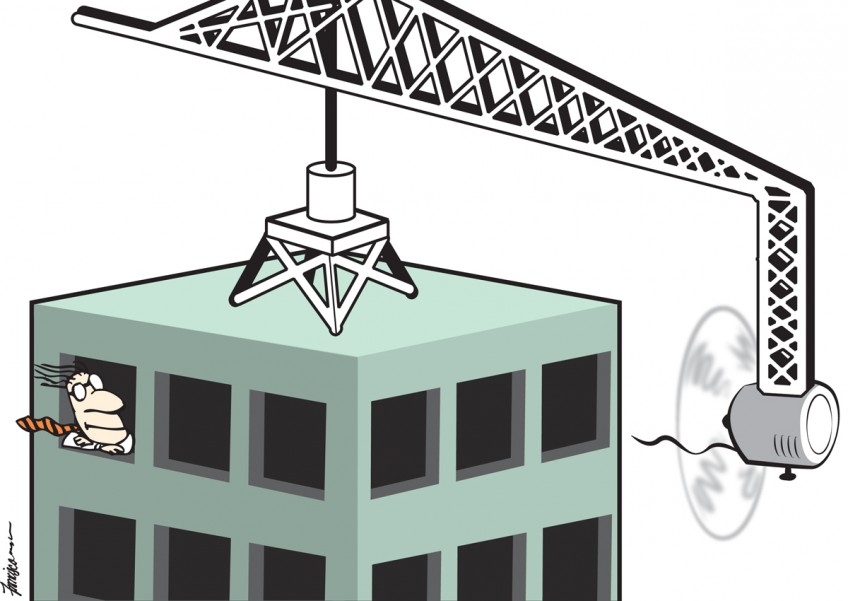 Some stakeholders have renewed their calls for property cooling measures to be relaxed, especially now that the general election is over and a new Cabinet will be unveiled soon.

These measures - introduced over eight rounds from 2009 to 2013 - have sent transaction levels plunging, with knock-on effects on industries from construction to banking and legal services.

While real estate firms and those in sectors affected by the slowdown would welcome some easing, potential buyers may feel that prices have not fallen enough.

National Development Minister Khaw Boon Wan said at a rally earlier this month that the market has been "moderating very nicely", thanks to cooling measures. "I believe most Singaporeans support the (measures) and prefer the current situation to four years ago," he added.

But what about 12 months down the road?

Experts feel that the Government will wait further before any changes are made, as prices have had a limited decline, given the stratospheric levels they hit in the recent boom. As of the second quarter, prices are down 6.7 per cent from the heights they reached in the third quarter of 2013, suggesting the measures have acted just as the Ministry of National Development (MND) intended, namely to "avert a major market correction and facilitate a soft landing for the housing market". Just two months ago, Monetary Authority of Singapore managing director Ravi Menon had referred to the more than 60 per cent rise in prices - from the market trough in the second quarter of 2009 to the third quarter of 2013 - and declared that the softening so far is "really not all that much". "It's still premature to consider removing any of the cooling measures that are in place," he added.

But look to next year and it's possible that property prices could have fallen 12 per cent to 15 per cent by then, which makes it possible that the Government may lift some of the Additional Buyer's Stamp Duty cooling measures, RHB Research said in a recent report.

Beyond looking at the size of the fall in prices, the Government is likely to be monitoring other barometers, such as mortgagee sales and rising interest rates.

The market is not showing signs of distress, which could otherwise spur the Government to act. "Nobody is in negative equity and prices have been falling, but not to an alarming extent," said

While mortgagee sales have risen, they are unlikely to shoot up as the employment rate remains high, noted Ms Grace Ng, deputy managing director of Colliers International.

The number of mortgagee sales is expected to hit 200 by the end of this year but that would still be lower than in 2008 during the Lehman Brothers crisis when 270 properties were affected.

It is also lower than the 452 properties put up during the Asian financial crisis in 1998 and far lower than the 2,462 mortgagee listings in the 2004 market downturn.

Although sales transactions of new private homes have fallen sharply, selective buying is taking place, with some projects remaining popular, going by the recent launches of High Park Residences and North Park Residences.

"(The Government is watching) in case there are signs that distressed sales are starting to climb as a result of a real slowdown in buying interest, or if demand is absent due to lack of confidence, but that doesn't seem to be what we are seeing at the moment," said CIMB Private Banking economist Song Seng Wun. A new Cabinet would also need time to settle in and review if some of the cooling measures should be tweaked. This means any changes could come at the end of this year at the earliest, and more likely after Chinese New Year, industry watchers note.

They may be waiting to see how macroeconomic conditions play out when more supply comes onstream, experts say.

For the moment, if Singapore remains at full employment and interest rates are still low, there should be buyers aplenty if measures are tweaked, which could cause prices to shoot up again, noted Mr Song.

Barring a jarring shift in macro conditions - such as an external shock that could lead to more job losses in Singapore and a structural shift in demand - the Government may not see enough reason yet to support a market that is cooling as the measures intended and not headed into distress, said Mr Song.

Unsold stock remains aplenty at 19,081 private homes in August, most of them larger units, according to data from Savills.

Last Wednesday, the head of Singapore's property developers' body warned that a perfect storm was brewing in the form of weak economic sentiment, a worsening supply-demand imbalance and rising vacancy rates. "As far as the Government is concerned, perhaps the market has not dropped so much...(But) if you wait for the market to worsen, you may not catch it at a right time," Mr Augustine Tan told The Straits Times.

In a nation where home ownership is 95 per cent, there are risks when prices moderate. "Many people have outstanding mortgages and these do not disappear when asset values drop," said Mr Ku Swee Yong, Century 21's chief executive officer.

Many people have also used their Central Provident Fund money to buy homes rather than allow it to accumulate interest for use in retirement, so dropping home values can hurt retirement plans in a big way.

Proponents for a lifting of cooling measures sooner rather than later add that prices are unlikely to see a sharp rebound as the conditions that previously fuelled prices no longer exist.

Credit is no longer cheap and readily available and with Seller's Stamp Duty in place, people are no longer "flipping" properties so sub-sales have been on the decline, said ERA Realty key executive officer Eugene Lim.

The biggest worry in the market is oversupply, which is already being reflected in rising vacancy rates, which hit 9.1 per cent for condominiums in the second quarter.

A total of 19,941 private homes were completed last year and a further 42,606 private homes will be completed this year and next. "Given the influx of homes, rising vacancy rate and increasing uncertainty on interest rate hikes and Singapore's economic growth, we could be headed towards a slippery slope if the measures are tweaked too late," said Ms Alice Tan, head of consultancy and research at Knight Frank.

Going into next year, it is possible that prices may fall faster than they have so far. This is because market demand will face a double whammy from rising interest rates and slower economic growth translating into slower wage growth for the top 20th percentile of income earners, who typically form the demand for private properties, said UOB economist Francis Tan. "The three-month Singapore interbank offered rate (Sibor) will be on a consistent rise next year as it is pegged to the normalisation of interest rates in the United States, which should happen any time soon," he said.

Those considering purchases will have to factor in higher interest payable for their monthly mortgage, which will further dampen transaction volume and cause more price falls.

And while the labour market has been tight, it is mainly tight at the lower end, including occupations such as cleaners, production operators and sales service staff.

The private property market is generally accessible to only the top 20th percentile of income earners, and their wage growth is tied to economic growth. "In a time when our economic growth is the slowest since the global financial crisis, I do not think income growth for this segment will be what we had seen previously," said Mr Tan.

Eventually, it will be further weakening demand and increasing completions in the next year that will send prices down and spur the Government to take action.