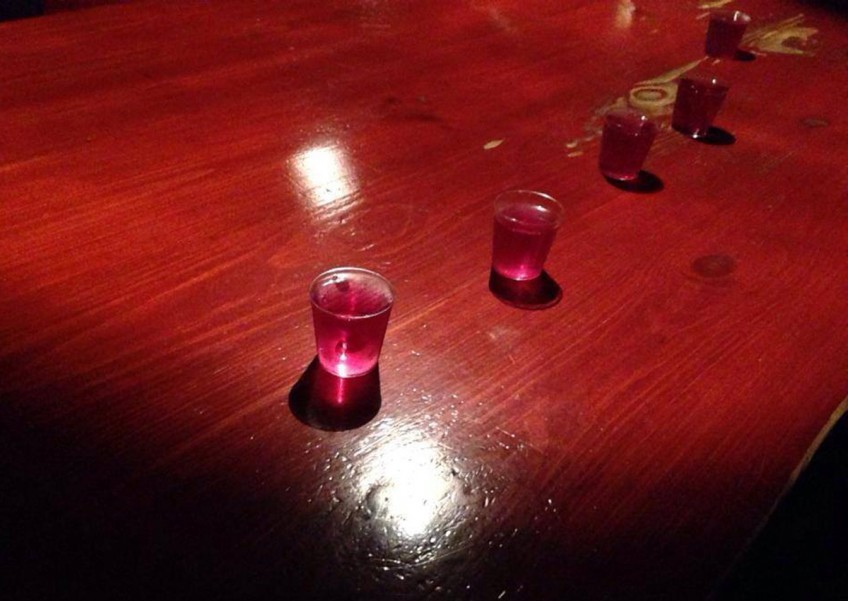 The ruby-red cocktail is served with ice and a lemon wedge.
Facebook/Tamango (Official)

During the day, the two iron portcullises at number 10 Via Fratelli Calandra are tightly closed. There are no signs, and the graffiti that lines this quiet road in Turin, Italy seems to indicate a general state of abandon. But after 10 pm (every night but Mondays), two small lanterns turn on, and one of the shutters rises - the only signal that Tamango pub is open.

It's ironic, perhaps, that this bar - home to a strange ruby-coloured cocktail called Tamango that's thought to have hallucinogenic effects - sits so close to Palazzo Nuovo, one of the main buildings at the University of Turin. You can essentially walk from the centre of reason and logic to something more resembling the crazy world of Alice in Wonderland in a matter of minutes. As such, students - and nightlife goers - tell many stories about the mysterious drink that's often described as Italy's answer to absinthe.

Twenty-eight year-old Andrea Lavalle recalled spending two hours running after a dog in the park after drinking more than one. And Tullia Pertusio said when she last had Tamango more than 10 years ago (during a night when she drank three) she jumped out of a moving car in search of a fountain, fell asleep under its stream of water and later escaped from a hospital in a wheelchair.