Is Japan really a security threat to Korea? 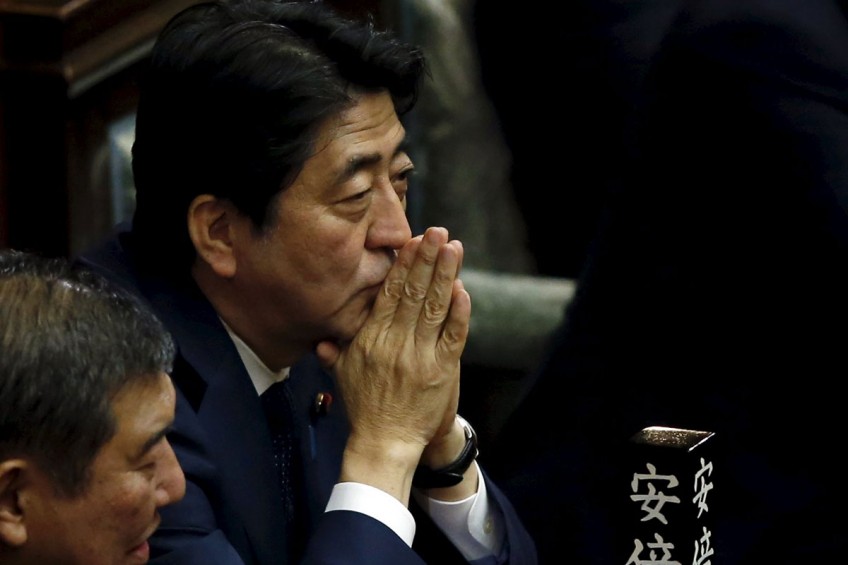 Amid the growing angst over Japan loosening its postwar stricture on the use of force, the issue of whether the country is really a potential security threat to Korea, as it was in the early 20th century, has been the subject of public debate.

Some experts say that with the export-driven economy sticking to international norms and rules, it can hardly become a security threat, and that Japan expanding its role in support of the US military would be helpful to cope with contingencies on the peninsula.

Others, however, talk of the possibility that Japan could revert to the militarism of its past, particularly when nationalist policymakers are leading state affairs, and refuse to fully atone for their country's wartime misdeeds.

With the divergent views, observers say Japan's pursuit of what it calls a "normal" state with a full-fledged military, which goes beyond the hitherto exclusively defensive security role, will be a double-edged sword.

"Japan's security policy is obviously a double-edged sword for South Korea as it would be helpful in handling North Korea-related security contingencies, and it would also fan public fears about potential security challenges," said Park Hwee-rhak, political science professor at Kookmin University.

"What is important for now is that instead of continuing to talk about the double-edged sword, Korea should think more deeply about how it can actually use the sword for its own benefit."

Public worries over Japan's new security legislation have reaffirmed that many Koreans still perceive Japan as a possible security threat, a reason why Seoul officials have repeatedly called on Tokyo to carry out its defence policy in a "transparent" manner that promotes regional peace.

Seoul's Defence Minister Han Min-koo reiterated Monday that without Seoul's request or consent, Tokyo cannot send its forces to the peninsula, even if the US requests the deployment of Japanese forces here.

"The wartime operational control is exercised in accordance with the guidelines from leaders of both South Korea and the US Thus, if our president rejects (the US request for Japan's troop dispatch to Korea), the troops cannot enter South Korea," he said during a parliamentary session.

Analysts say that Japan's security legislation should be more thoroughly examined to identify aspects that would help South Korea's security in a crisis, although security concerns seem inevitable, with many Koreans still harbouring animosity toward Japan that colonised Korea from 1910-45.

"If you check the 11 security laws in detail, there are many elements to strengthen the US-Japan security co-operation to deter North Korea's military provocations," said Park Young-june, political science professor at Korea National Defence University.

"The laws ensure stepped-up security co-operation on the part of Japan … for instance, Japan's enhanced rear-area support in case of contingencies involving the Korean Peninsula. The strengthened alliance between the US and Japan, in fact, would help the Korea-US security collaboration in many aspects," he added.

Lee Won-deog, a professor of international politics at Kookmin University, noted that given Japan's current economic status and aged population, it is highly unlikely for Japan to adopt any militaristic external policy as it did during World War II.

"The 20th-century Japan is different from the current 21st-century Japan, although we still have suspicions as to its militaristic past," he said.

"Realistically speaking, Japan does not have the strong economic foundation now to pursue any imperialist policy. Its population is old and shrinking, and it is not in a position to jack up its defence spending to push for any unilateral military policy. That is unthinkable for now."

To prevent a set of worst-case scenarios, including Japan unilaterally intervening in peninsular affairs on the grounds that they could affect its own security, experts say that Seoul needs to strengthen dialogue channels with Tokyo and should seek to establish multilateral security co-operation mechanisms.

Regional co-operation mechanisms would help prevent Japan from taking destabilizing military steps and lead the archipelago state to remain committed to its stated goal of making a "proactive" contribution to global peace.

"While looking at Japan's security policy, South Korea needs to take into consideration all possibilities and scenarios. It should not be naive and should remain cool-headed," said Nam Ki-jeong, a professor at the Institute for Japanese Studies at Seoul National University.

"What it can do is to work up diplomacy to lead Japan to move in the right direction within the multilateral security co-operation mechanism. The US, China and Russia can also get involved in the mechanism to promote the overall regional peace."