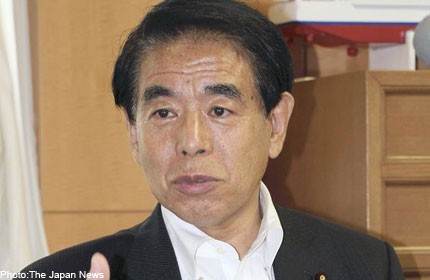 In an interview with The Yomiuri Shimbun, education minister Hakubun Shimomura said he plans to introduce English education in the third or fourth year of primary school, and to better utilize assistant language teachers (ALTs) and human resources with English language skills in local communities.

The following is an excerpt of the interview.

The Yomiuri Shimbun: Why is it necessary to make English an official subject in primary schools?

Shimomura: As the government's Education Rebuilding Implementation Council has proposed, fostering human resources who can play an active role globally is an urgent task. I believe current English education should be fundamentally reformed and firmly introduced at the primary school level.

Q: Do you feel Japanese people's English skills are insufficient during such occasions as international conferences?

A: I often feel that way. I think many foreigners also wonder why Japanese are unable to speak English well despite studying English for as long as 10 years through university. Including middle and high school level English education, I want to implement reforms so [students] can acquire practical skills.

Q: From which grade do you think English should become an official subject?

A: In China and South Korea, English education starts in the third year of primary school. So I think that the third or fourth year is a rough indicator of when classes should start. In Japan, English education began from the fifth year of primary school in the 2011 school year, but the main purpose of those classes is to help students get accustomed to English through singing and games once a week. However, I would say that it is difficult for students to master English with just one class hour a week. If English becomes an official school subject, I think full-fledged classes should be held for three class hours a week or so. A study team at the ministry is analysing and following up with efforts made by schools that are conducting academic experiments for the ministry, in which English is taught mainly from the first year of primary school.

Q: Currently, primary school English is taught by teachers who are not specialised in English language. This has created some problems.

A: The pronunciation of a child's first English teacher is extremely important. It's probably difficult for primary school homeroom teachers to instruct unless they have studied abroad or undergone special training. Basically, it's necessary to secure teachers who are specialists in English language. I'll ask the Internal Affairs and Communications Ministry to increase the number of ALTs whose mother tongue is English, but that alone will not be enough. We also need to harness the power of the private sector, such as retirees who have worked overseas.

Q: Securing class hours for English is also an issue. Are you considering using classes on Saturdays, which are set to resume?

A: To increase English classes, class hours should also be increased during some school days. But I'm not considering regular class hours on Saturdays.

Q: When will these steps be implemented?

A: I want to consider bringing forward the next revision of school curriculum guidelines [scheduled for around fiscal 2017].

To make English an official school subject, we have to prepare textbooks, find specialist teachers and test and grade students.

It will also be necessary to reexamine all school curriculums for primary, middle and high schools, which will affect university entrance examinations. I'll consider this while discussing the issue with experts.